They will resign their positions in the state Legislature sometime before Jan. 5 to take their places in Congress.

Within 14 calendar days of each resignation, Gov. Jerry Brown must, in accordance with the California Elections Code[1], call a special election between 126 and 140 days later. If no candidate claims 50 percent of the vote plus one in the first round, a run-off election will be held between the top two candidates. Two years ago, when state Sens. Juan Vargas and Gloria Negrete McLeod resigned to take their seats in Congress, on Jan. 7 the governor called for March 12 special elections.[2]

A fourth state Senate seat is already open from a vacancy created by the conviction and resignation[3] of state Sen. Rod Wright, D-Inglewood. That special election in the 35th Senate District is scheduled for next Tuesday, Dec. 9, with a potential run-off on Feb. 10.

Here at CalWatchdog.com, we’ve assembled your go-to guide for the 2015 special elections.

With DeSaulnier heading to Washington[5], his open seat speeds up the timeline for what would have been a 2016 showdown, because he was term-limited, between a former and current member of the Assembly, both Democrats.

For six years, Joan Buchanan represented[6] the 16th Assembly District, portions of which overlap with the open seat. She’ll face stiff competition from Assemblywoman Susan Bonilla of Concord, the largest city in the district[7].

Bonilla has a long history in the district. Prior to joining the Legislature, she served as a Contra Costa County supervisor as well as Concord mayor and council member.

Local attorney Mark Meuser, the Republican candidate who lost to DeSaulnier by 23 points in 2012, has also jumped into the race, according to the Antioch Herald[8].

Another candidate that could benefit from a Buchanan vs. Bonilla slug-fest is moderate Democrat Steve Glazer. An adviser to Gov. Jerry Brown, Glazer was Public Enemy No. 1 of the state’s powerful labor unions in the June 2014 primary for the 16th Assembly District. He finished in third place[9], with just 22 percent. In a close election[10] on Nov. 4, Republican Catharine Baker beat Democrat Tim Sbrianti.

Knight’s win in the 25th Congressional District will trigger a special election[11] in Los Angeles County. But the strongest candidate to replace Knight has already decided not to enter the race. KHTS reported[12] last month that Assemlyman Scott Wilk, R-Santa Clarita, already has ruled out a run for the seat.

“I love the district that I represent and I expect to be named vice chair of a very important committee that I want to be a part of” in the Assembly, Wilk said. “And I believe that we can find a very electable Republican that can do a great job. We’ve got a lot of momentum and we want to keep it going.”

There’s buzz that former Assemblyman Tim Donnelly is mulling a bid for the seat, according to the Desert Dispatch[13]. In the June primary election, the Republican lost a bid for governor.

However, Donnelly doesn’t live in the district, which could be a big problem with voters. The district sent Knight to Congress over better-funded opponent Tony Strickland, a former Republican state Senator, who did not live in the 25th Congressional District.

Victorville businessman Sal Chavez has already launched his campaign[14] for Knight’s seat. So has Hesperia City Councilman Eric Schmidt[15]. Palmdale Mayor Jim Ledford has formed an exploratory committee[16], but isn’t formally committed to the race. Lancaster Mayor R. Rex Parris is similarly toying with the idea of running for the seat. All are Republicans.

Democrats now hold an edge in voter registration, which could help a lone Democrat reach a run-off. Star Moffatt, the 2012 Democratic nominee who lost to Knight by 15 points[17], has also announced for the seat. 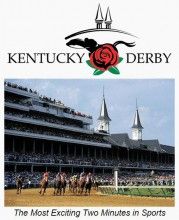 Wright’s resignation kicks off the state Senate Special election season on Dec. 8. Former Assemblyman Isadore Hall is expected to cruise to victory after forcing his toughest competition, Assemblyman Steven Bradford, out of the race. Both are Democrats.

Hall has come under fire from his opponents for frequent junkets and lavish campaign spending, which included a trip with lobbyists to the 2014 Kentucky Derby[18].

Hall’s opponents are businessman James Spencer, a Republican; and two Democrats, retired teacher Louis L. Dominguez and Harbor Planning Commissioner Hector Serrano. “We are a working-class community, and we don’t live that type of life of luxury, taking trips all over,” Serrano told the Los Angeles Times[19].

Walters, who cruised into a safe Orange County congressional seat, will see at least two Republicans duke it out for the remainder of her term in Sacramento. As reported by CalWatchdog.com, outgoing Orange County Supervisor John Moorlach has announced his candidacy[20] for the 37th state Senate District. He’ll face current Assemblyman Don Wagner. If Wagner were to prevail, it would result in yet another special election to fill the remainder of his term in the Assembly.

Another big-name Orange County politico, GOP party chairman Scott Baugh, briefly flirted with a run[21] for the seat. He is a former Assembly Republican leader. However, he now says he doesn’t intend to run.

A potential Moorlach vs. Wagner match-up could turn into a nasty intra-party feud. Wagner has recently run into trouble with conservative Tea Party activists.

“Wagner was one of two local Assemblymen out of a total of 15 Legislators statewide who were signatories to a letter encouraging Congress to pass an amnesty bill,” wrote Kelly Hubbard[22], a Tea Party activist in Orange County. “The letter has never received too much media attention, but has no doubt been a very hot topic with local activists and with many members of the Tea Party grassroots in Orange County!”