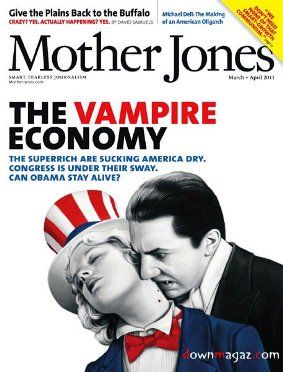 This doesn’t make much sense. A $68 billion project with no serious prospects for long-term funding — a project that won’t come close to meeting a dozen promises made to state voters to win $9.95 billion in bond seed money in 2008 — should face near-universal skepticism.

The claim that opposing such a hugely flawed initiative is based on partisan motivations, as many project defenders have alleged, doesn’t make sense just based on known, uncontested baseline facts.

One liberal who often makes this point with energy and clarity is Kevin Drum, a writer for the very liberal Mother Jones magazine and website.  Here’s a sampling of the Irvine resident’s bullet train coverage from early 2012[1]:

Unrealistic cost projections have never been the only reason to be dubious. There were also unrealistic ridership projections, along with unrealistic estimates of what the alternatives to high-speed rail would cost. …  check this out:[2]

‘The rail authority has relied heavily on New York-based Parsons Brinkerhoff, a contractor that helped fund the political campaign for the $9.9-billion bond measure passed by voters in 2008….In October, Parsons submitted the analysis that came up with the $171 billion, a number that initially appeared in the authority’s draft business plan released Nov. 1. In the study, Parsons first estimated how much passenger capacity the system would have at completion in 2033 and then calculated the cost for providing the same airport and highway capacity.

“Parsons said the high-speed rail system could carry 116 million passengers a year, based on running trains with 1,000 seats both north and south every five minutes, 19 hours a day and 365 days a year. The study assumes the trains would be 70% full on average.”

This is just jaw-droppingly shameless. There’s not even a pretense here of providing a reasonable, real-world traffic estimate that could be used to project the cost of alternative infrastructure. A high school sophomore who turned in work like this would get an F.

We are rapidly exiting the realm of rose-colored glasses and entering the realm of pure fantasy here. If liberals keep pushing this project forward in the face of plain evidence that its official justifications are brazenly preposterous, conservatives are going to be able to pound us year after year for wasting taxpayer money while we retreat to ever more ridiculous and self-serving defenses that make us laughingstocks in the public eye.

Here is today’s round of non-shocking news:[3]

“Regularly scheduled service on California’s bullet train system will not meet anticipated trip times of two hours and 40 minutes between Los Angeles and San Francisco, and are likely to take nearly a half-hour longer, a state Senate committee was told Thursday. ….

“Louis Thompson, chairman of the High-Speed Rail Peer Review Group, a state-sanctioned panel of outside experts, testified that ‘real world engineering issues’ will cause schedules for regular service to exceed the target of two hours and 40 minutes. The state might be able to demonstrate a train that could make the trip that fast, but not on scheduled service, he told lawmakers.”

And remember: not a single mile of track has been laid yet. In the space of a few years, based solely on planning documents that are almost certainly still too rosy, the cost of the project has already doubled; travel times have blown past the statutory goal; ridership estimates have been halved; and every plausible funding source has disappeared. Just imagine what will happen once they start building this thing and begin running into real-world problems.

Somebody put a stake through this project. Please. LA to San Francisco is just not a good showcase for high-speed rail. Even the true believers have to be getting cold feet by now.

If only that were true. Now let’s contrast Drum’s sober analysis with the take of the Los Angeles Times’ editorial board.

Yes, the L.A. Times actually invoked “The Little Engine That Could” in defending this project. Not just dumb. Embarrassing.