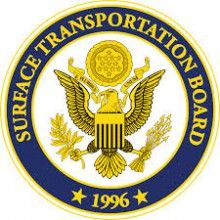 The CHSRA is eager to get a stake in the ground and spend $3.5 billion in federal dollars before the money’s Sept. 2017 expiration date. The Jan. 6 event also will provide a photo op for project officials and elected leaders.

More importantly, last Friday the U.S. Surface Transportation Board ruled in favor of the CHSRA in a dispute over whether the STB’s authority to green-light the project takes precedence over the California Environmental Quality Act. Several lawsuits against the project have claimed it violates CEQA.

In its October Petition for Declaratory Order[2], the CHSRA had asked the three-member STB to short-circuit “state-law-based lawsuits pending in California state court.” It sought only to stop any court-ordered construction injunction. The CHSRA added it would abide by any mitigation ordered because of the CEQA process.

The CHSRA got what it wanted – and more.

The STB’s 2-1 decision [3]was taken by Board Chairman Daniel R. Elliott III[4] and Vice Chairman Deb Miller. They wrote the STB will not separate the CHSRA’s request to forbid a construction injunction from other remedies under CEQA. Therefore, all of CEQA is “preempted.”

“The Board has discretionary authority under 5 U.S.C. § 554(e)[5] and 49 U.S.C. § 721[6] to issue a declaratory order to eliminate controversy or remove uncertainty.  In this case, there is uncertainty as to whether, and the extent to which, the Board would find that CEQA is preempted with regard to the Line.  Accordingly, we instituted a proceeding to consider the issues raised in the Authority’s petition and provided an opportunity for interested persons to file replies. …

“Applying the well-established preemption principles here, the Board concludes that CEQA is categorically preempted by § 10501(b)[7] in connection with the Line.”

That last-mentioned section of the federal code reads:

“(b) The jurisdiction of the Board over —

“(1) transportation by rail carriers, and the remedies provided in this part with respect to rates, classifications, rules (including car service, interchange, and other operating rules), practices, routes, services, and facilities of such carriers; and

“(2) the construction, acquisition, operation, abandonment, or discontinuance of spur, industrial, team, switching, or side tracks, or facilities, even if the tracks are located, or intended to be located, entirely in one State, is exclusive. Except as otherwise provided in this part, the remedies provided under this part with respect to regulation of rail transportation are exclusive and preempt the remedies provided under Federal or State law.” 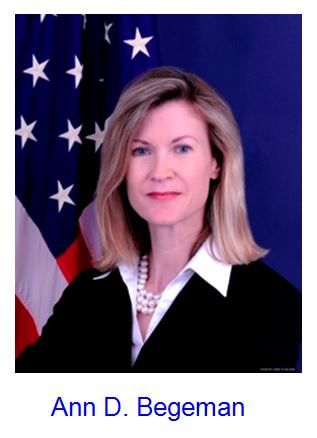 Of the three commissioners – all appointed by President Obama – the lone dissenter was Board Member Ann D. Begeman. She wrote the CHSRA could have gone to the STB much earlier, around June 2013, to stop the CEQA process, but did not. And it could have revised either of the two Environmental Impact Reports/Environmental Impact Statements “prior to the Board’s adoption of them.”

“After all, the Board claimed jurisdiction over the project in advance of issuing a final decision (including the adoption of the joint environmental documents) to approve construction of the first section in June 2013.  But the Authority took no such action on either segment.  The Board adopted both of the joint environmental documents, arguably making the Authority fully accountable for both CEQA and NEPA [8][National Environmental Policy Act] mitigation.”

She explained the CHSRA did not ask for a petition for declaratory order regarding non-injunctive remedies, such as an order requiring revised environmental analyses or additional environmental mitigation. She wrote:

“Yet the majority [on the STB] has decided to go even further than the Authority requested by finding that CEQA is ‘categorically preempted.’ In other words, there is now no means of enforcing CEQA with respect to the Project.  Authority claims of CEQA compliance will be merely claims, and deviations from any of the CEQA provisions included in the Board’s own-approved EIR/EISs will not be challengeable.”

“The Authority has come before the Board many times asserting its commitment to both CEQA and NEPA. This agency has adopted that commitment into its orders and many stakeholders have relied on the Authority’s representations over the years.  The Authority should live up to its commitments and the Board should refrain from undermining them”

Doug Carstens represents several opponents of the high-speed rail project: Kings County, Citizens for High Speed Rail Accountability and the Kings County Farm Bureau. On their behalf, in October he filed an opposition[9] brief to the CHSRA’s request for declaratory relief.

“It is unclear what impact, if any, the STB opinion will have on the state court proceedings. It is possible that California courts will adhere to California appellate law in the form of the Town of Atherton case’s decision[10] that there is no preemption of CEQA for high-speed rail. The effort by the Authority to obtain federally-granted immunity from the state’s premier environmental law, the California Environmental Quality Act, may have the effect of introducing confusion and uncertainty into the process of developing the project.

“Even if California courts respected the opinion of two members of the STB, and did not find more persuasive value in the well-reasoned dissenting opinion, there are several laws in addition to the California Environmental Quality Act which are also being enforced through the lawsuits and would not be preempted: Proposition 1A (directing that alignments must be along existing transportation corridors among other requirements), the Williamson Act (requiring protection of agricultural land), and Anti-Discrimination Law (prohibiting approval of projects that have disparate impacts on minority or low income populations). The STB’s opinion is disappointing, poorly reasoned (extensively relying on the now-depublished and un-citable Eel River opinion), and unpersuasive. As such, it might have little impact on California courts at all.”

Stuart Flashman, an attorney for Kings Count and two local citizens opposing the high-speed rail project, on Nov. 19 filed a brief[11] before the STB opposing declaratory relief. After the STB’s Dec. 12 decision, he told CalWatchdog.com:

“The Surface Transportation Board’s decision to not only grant the Authority’s motion for a declaratory order, but to go further and totally exempt the High-Speed Rail Authority from compliance with the California Environmental Quality Act, is disappointing but not at all unexpected.  As the dissent by Commissioner Begeman points out, the STB’s majority has, over time, had a history of doing its utmost to ensure that there is no regulatory oversight over the Authority’s massive construction  project. This latest order simply continues the Board’s obeisance to an agency it was intended to regulate. …

“In essence, the STB is moving toward federalizing a state project (while retaining the state funding for that project) in blatant disregard of the U.S. Constitution’s clear separation between state and federal power.  One can only hope that this poorly reasoned decision will not stand.”

Despite the STB ruling, the CHSRA still will have difficulty building much of the project, for numerous reasons:

In short, the STB action only removes one of many roadblocks remaining for constructing the high-speed rail project.