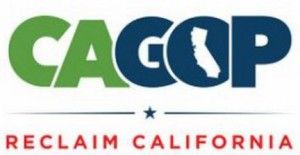 Two years ago, Jim Brulte chastised his party for losing seats to laziness.

“There were three Assembly seats that were lost because we got lazy,” Brulte said shortly after taking the helm as chairman of the California Republican Party[1] in March 2013. “Leaders lead by example, and we have to be in the precincts working, standing shoulder to shoulder with our volunteers.”

Now that’s he reclaimed those legislative seats lost to laziness, Brulte is asking state party delegates to reelect him to a second two-year term as leader of the state’s rebuilding minority party.

“We can build upon our successes this year,” Brulte wrote to party delegates, according to a letter obtained by the Los Angeles Times[2]. “Working together we showed what our party could achieve. We need to build upon that success … because our state, our counties and our cities are too important to leave to those who do not share our philosophy.”

The 2014 election marked the first time in 20 years Republicans defeated a Democratic incumbent. The state party prevented a Democratic supermajority[3] in both houses of the state Legislature[4] as it made inroads with solidly Democratic regions of the state. For years, Republicans have been without any state or federal elected officials in the Bay Area. That changed in November with Catharine Baker’s[5] win in the 16th Assembly District.

CA Republican Party Vice Chair Harmeet Dhillon, who also announced plans to seek another term on the board of directors, said Monday she was “relieved” that Brulte was interested in keeping the job. 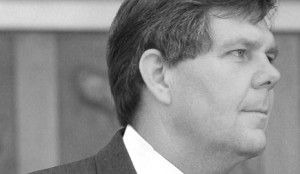 [6]“He has turned this party around, and it has been a privilege to be one of the many people on his team,” Dhillon wrote on her Facebook page[7]. “We worked hard and applied a disciplined focus to achieve the goals we accomplished last month. But California needs more. We need a vibrant two-party system and a marketplace of ideas. We need lower taxes, less regulation, innovation, job growth, a respect for life and a respect for the rule of law, starting with the Constitution and the Bill of Rights. We need freedom from government. We are far from these goals.”

A first-generation immigrant, Dhillon has served as one of the party’s main advocates in its effort to court non-traditional GOP voters. She’ll finally have some help with the recent election of four Asian-American Republican women[8] to state and local offices in Orange County.

CA GOP finances up, registration down

When Brulte and Dhillon took over the helm, the state party was deep in debt. Now, as of Dec. 1, according to state campaign finance disclosure reports, the California Republican Party has $1.48 million in cash on hand. This year, state Republicans have raised $19.2 million — more than double the amount in 2012.

In addition to stronger finances, the party has made a serious effort to broaden its appeal. State delegates, who have traditionally felt excluded from the party, described this year’s spring convention as a “blockbuster” step forward in terms of inclusiveness. Once relegated to the margins, the California Log Cabin Republicans, the nation’s largest organization of gay and lesbian Republicans, hosted a hospitality suite that was packed the entire night.  Other changes included an ASL interpreter on hand for[9] deaf and hard-of-hearing delegates.

“We’re pushing the party outside of its comfort zone,” Brulte said of the shift in tone. “And we’re already seeing the benefits.”

But there’s still work to be done, especially in the area of voter registration. For yet another year, Republicans saw their voter registration numbers dwindle to just 28.2 percent. Republicans have watched their share of the electorate consistently decline from 35.6 percent in 1998, according to Capitol Weekly[10].

With the party’s two top leaders seeking reelection, state Republicans hope to enjoy a low-key spring convention and avoid the negative headlines that plagued its most recent gathering in Los Angeles. Coverage of the party’s September convention focused on internal emails[11] by party leaders that were leaked to the press.

Brulte, a former minority leader in both the California State Senate and Assembly, was elected chairman of the California Republican Party with 90 percent of the vote in 2013. But don’t expect either Brulte or Dhillon to rest on their laurels.

“In the coming days and weeks I will be reaching out to state party delegates and volunteer groups, seeking their support in the quest to continue this service,” Dhillon said.

The Spring 2015 Organizing Convention will be held from Feb. 27 to March 1 in Sacramento.