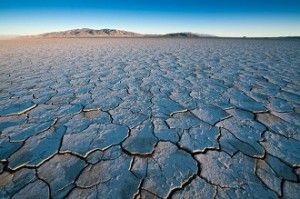 It looks like the drought is receding, the U.S. Drought Monitor reported on Thursday:

In summary, a wet December (to date) has provided California a foothold for drought recovery, but 3 straight winters of subnormal precipitation will take time (possibly several consecutive wet winters) to fully recharge the reservoir levels and subsoil moisture back to normal. With several more months still left in the wet season, it is possible that additional storms similar to the ones that just occurred will continue to chip away at the long-term hydrological drought, and the addition of lower temperatures would help build the snow pack. “Cautious optimism, but still a long way to go” would be the very short summary for this week’s California drought picture.

During the worst days of this year’s drought, oft cited[1] was the maxim of Rahm Emanuel when he was White House Chief of Staff in 2009 during the worst time of the Great Recession, “Never let a good crisis go to waste.” He meant the crisis was a great excuse to vastly increase government’s powers, which Obama and the Democratic Congress of those days did.

The same thing happened earlier this year during the driest part of the state drought. Environmental law professor Richard Frank discussed what happened,[2] including the government takeover of groundwater.

In 2010, I did some freelance work for Susan Trager, one of California’s top water lawyers. Unfortunately she died in 2011.

Even though I had been writing about California since 1987 and had a general idea of state water policy, until I worked for Susan I had no idea how complex, developed and even rational water policy is.

In California, water rights and use mostly are “adjudicted.” The rights are mostly private, as are the lawyers involved; but the state courts system referees disputes. Other than the courts, the state is involved only if the state itself has water rights. Even the federal government, because of federal law, follows state adjudication decisions. The ultimate adjudicator is the California Supreme Court.

The adjudications sometimes can take decades. Yet somehow, it works. Along with federal bankruptcy court, California water adjudication is one of the few areas of government that actually works fairly well.

This system, which is more than 100 years old, now is endangered because state legislators are using the drought as an excuse to increase their control over private water.

Which they did, in legislation signed by Gov. Jerry Brown, who should have known better.

I warned the main beneficiaries would be lawyers trying to untangle the new system with the old. And lawsuits also would strike over state “takings” of private water.

Now it turns out the drought is receding; so the laws weren’t needed. The crisis, from a socialist perspective, wasn’t “wasted,” because government grew bigger. The new, unneeded laws won’t be repealed.

But water will cost more for Californians, with the money instead going to the government and lawyers, who always seem to be the ones who benefit from every “crisis,” even an imagined one like this.