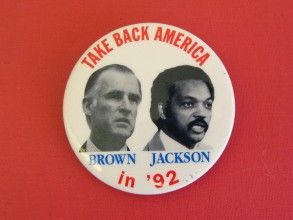 Budget time again. According to the Sacramento Bee[1], Gov. Jerry Brown is working on his budget, for fiscal year 2015-16, which begins next July 1. He will reveal his budget a couple weeks into the new year.

The Bee looked at five things. My perspective follows.

1. “Will Brown loosen up?” and increase spending a lot. They don’t think so. Right. I think he’s also running for president and will want to tout a balanced budget, with a large surplus even, as part of his “California is back” theme.

2. “Funding health and human services.” The Bee expects some modest increases, but not as much as Brown wants. Probably the case.

The Bee also makes this mistake, “But California health and human services were cut by billions of dollars during the recession, and advocates and their Democratic allies fight each year to restore those services.”

What really happened is that, during the two years before the Great Recession, Gov. Arnold Schwarzenegger went on a wild spending binge and signed budgets that, combined, boosted spending on welfare and everything else an incredible 25 percent. The recession forced cuts. Since then, money has been “restored” to pre-Schwarzenegger binge levels, but not above them.

3. “Brown vs. Napolitano, Round 2.” UC President Janet Napolitano wants to boost tuition 25 percent over five years. Brown and the Legislature are balking. The Bee expects Brown’s response in his budget.

At CalWatchDog.com, we have been expecting that Brown, who knows state politics better than anybody in history, will triumph over the former head of Homeland Security.

4. “Retiree health care.” The Bee expects some movement on the $72 billion due for retired government workers’ plus health plans. Probably a little.

5. “Proposition 2,” the rainy day fund. The Bee expects some money to be put in the reserve. As the state treasury is raking in record tax takings, I think it will be quite a bit so Brown can take credit for preparing for the future — such as a future in a house with white paint.