Oil tech for CA: From Russia, with love? 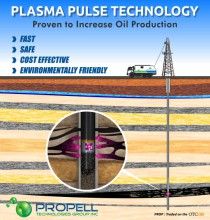 On Jan. 1 California’s fracking law drills in – just as the price of oil has dropped to its lowest levels of recent years. And just as something new from Russia, Plasma Pulse Technology, may make fracking superfluous.

Senate Bill 4[1] was sponsored by state Sen. Fran Pavley, D-Los Angeles. After the bill was modified to allow more fracking, it was signed into law on Sept. 20, 2013 by Gov. Jerry Brown.

The bill is being implemented by the California Division of Oil, Gas & Geothermal Resources. According to SB4, the bill requires “DOGGR, by January 1, 2015, to adopt rules and regulations specific to fracking that would include full disclosure of the composition and disposition of fracking fluids.”

But the new PPT uses no chemicals, water or pressurization. It vastly reduces water use to flush oil and gas; is cheaper than hydraulic fracturing; and is ecologically safe.

(Note: Enhanced oil and gas recovery by plasma pulse should not be confused with plasma nuclear fusion power[2].)

As OilPrice.com recently explained in the article, “The Future of Fracking is Cleaner, Cheaper and Easier with Plasma”[3]:

“Because plasma pulsing is undertaken without using any chemicals or water – the two primary targets of California’s new restrictions – there is no need for a permit.  In fact, according to Propell Technologies, all you need is a wire-line truck and a laptop computer.” 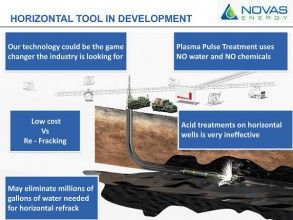 What is Plasma Pulse Technology?

As OilPrice.com described [4]it:

“Plasma Pulse is an easy-to-deploy technology that uses vibrations, or electrically generated plasma impulses to reduce viscosity, increase permeability and improve flow of oil and gas to the surface for extraction. The technology is designed to improved production costs effectively and without resorting to acidization, hydrofracking or other environmentally harmful processes.”

Such harmful processes could include steam, polymer and fire flooding, or natural gas, carbon dioxide or hydrocarbon injection[5].

PPT is a small tubular device on the end of a long wire that is lowered into an oil well shaft to as deep as 12,000 feet.  Once a computer triggers the device, it sends a microsecond burst of heat horizontally up to about three-quarters of a mile that loosens oil from its surrounding rock.

PPT only requires about 500 watts, or about the same energy as a hair dryer[6], to perform this operation.

By comparison, a lightning strike[7] hitting the earth contains billions of watts.

Crucially, the heat released by PPT does not require fracking’s combustion, such as dynamite, or use of cyanide to leach into rock formations[8].

Major oil and gas companies have already successfully pilot-tested PPT in injector wells in the Monterey Formation in Bakersfield and in producing wells in Los Angeles, according to OilPrice.com.  So PPT is not some experimental science fiction that needs technological breakthroughs like renewable energy does.

Without PPT, California’s mega-billion-dollar oil industry would be facing at least a 50 percent reduction in production due to SB4’s regulations, reported OilPrice.com.

It also claims fracking could face extinction because new regulations “will mean that either acid cleaning must be conducted 3-4 times per year at $25,000+ each time,” plus $20,000 for permits for each fracking injection.

Despite crude oil prices recently dropping from about $100 to $50 per barrel, OilPrice.com is predicting California will again be the pioneering state for this new clean, cheap and permit-free method of oil and gas stimulation.