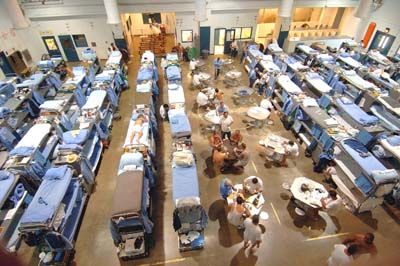 Gov. Jerry Brown offered Christmas Eve pardons[1] to 105 Californians. But before the paperwork reached the Secretary of State’s office, that number was reduced by one.

After facing questions from the Los Angeles Times, Brown retracted the pardon of Glen William Carnes, who, as a teenager, was convicted of a drug-related crime. The governor’s office based its pardon decision, in part, on an order from the Orange County Superior Court, which stated there was evidence “he has lived an honest and upright life, exhibited good moral character and conducted himself as a law-abiding citizen.”

However, a Times[2] investigation called into question whether the ex-con had been fully rehabilitated:

“However, federal records show Carnes was disciplined by investment regulators in May 2013. He signed a consent settlement with the Financial Industry Regulatory Authority that states he agreed to be barred from financial investment. The document alleged that he hid an outside business deal and provided investigators with ‘false and misleading statements that minimized and mischaracterized his involvement.’ Carnes did not admit guilt.

“Securities and Exchange Commission records show the business deal that led to the sanction became what is now Carnes’ company: Global Vision Holdings, a publicly traded corporate umbrella of which Carnes is listed as CEO, chairman of the board and chief financial officer.”

Carnes: “You’ve got to be kidding me”

An exasperated Carnes couldn’t believe the governor, who has granted 510 pardons since 2011, was rescinding his pardon.

“Oh my God. You’ve got to be kidding me,” Carnes said in a phone interview with the Associated Press[3]. “I was told by attorneys that it didn’t need to be disclosed.”

He added, “I cannot believe this is happening, I’ve waited 20 years for this. This is wrong.”

The case demonstrates the fickle nature of gubernatorial pardons, which Brown has brought back into fashion. Pardons, which are available to any individual that has been convicted of a crime in California, are only granted in extraordinary cases. A convict must obtain a Certificate of Rehabilitation, which is an order from a superior court declaring that a person convicted of a crime is now rehabilitated.

“A gubernatorial pardon may be granted to people who have demonstrated exemplary behavior and have lived productive and law-abiding lives following their conviction,” the governor’s office stated in its press release announcing the Christmas Eve actions. “Pardons are not granted unless they are earned.”

The 104 pardons that remained in effect were granted to Californians convicted of non-violent drug and burglary offenses who had completed their sentences. The pardons offer the rehabilitated convicts a chance to regain certain rights, including the right to serve on a jury, own a gun and work as a parole or probation officer.

“It’s a second chance,” Francois Dominick, a Bay Area recipient of a pardon, told the San Francisco Chronicle[4]. “That’s what it is. I’m employed and doing the right thing and haven’t been in any trouble. I got my second chance, and I won’t blow it.”

Pardon for Modesto man who stole wine as teenager

Among those pardoned by the governor was a Modesto man who stole “expensive wine out of a wine cellar and drank it.”

Michael J. Moradian Jr., who has since been honored for his work in the Central Valley, explained his crime was a foolish mistake he committed as a teenager.

“I was a senior in high school when it happened,” he told the Modesto Bee[5]. “I made poor choices at the time. It opened my eyes and totally changed my life. I was on the road to destruction in high school, but it woke me up.”

Since his youthful indiscretion, Moradian has volunteered with Central Valley non-profit organizations — work that earned him recognition in 2013 from the Modesto Chamber of Commerce.

“Mike is a good friend and a good man!” State Senator Anthony Cannella, R-Ceres, posted on his Facebook page[6] in support of the governor’s pardon.