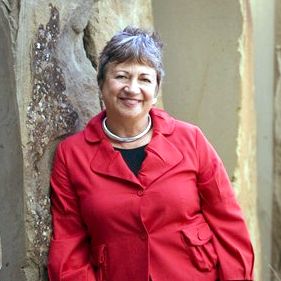 America is supposed to be a democracy ruled by “We, the people.”

Actually it’s rule by bureaucracy. The vast bureaus of federal, state and local governments run our lives, and there’s not much that can be done about it until the whole shebang goes bankrupt[1].

Presidents, governors and mayors can nudge things a little in one direction or another — almost always making the bureaucracies bigger and more thuggish, as with Obamacare — but that’s about it. Even Reagan couldn’t fulfill his 1980 campaign promise to eliminate the departments of Education and Energy.

This is shown in the title of a Los Angeles Times article, “Mary Nichols has ‘rock star’ influence as top air quality regulator[2].”

In yet another puff piece[3] of an advocate of much bigger government, the Times enthuses:

A meeting with Gov. Jerry Brown and Chevron executives was ending when an oil company official turned to Mary Nichols, California’s top regulator for air pollution.

There was only so much Chevron could do to meet the state’s rules, he told her. “I know we’ve told you before that we couldn’t do things that you wanted us to do, and then we’ve turned around and succeeded,” he said. “But this time we really mean it.”

The October conversation, recalled by Nichols in a recent interview, echoed many others in her decades-long career as an environmental lawyer and regulator.

Once it was car companies fighting her efforts to reduce the smog choking Los Angeles. Now it was the oil industry resisting gasoline restrictions intended to stem climate change.

“They’re just being irritating,” she said.

Note how, like a commissar, she dismisses those she’s supposed to be serving as “irritating.”

And the Times fails to note that smog and “climate change” are two different things. To know smog was real you just had to breathe.

But “climate change” is a euphemism used for “global warming” starting around 2007, when it was becoming clear “global warming” wasn’t happening and new a snooker phrase needed to be developed to keep the bureaucrats in power and the tax dollars flowing to them.

Indeed, Nichols’ authority over “climate change” — in the Times’ parlance — actually comes from what still is called AB 32, the Global Warming Solutions Act of 2006, which is called that on her very own website[4].

The bill was signed into law that year by Gov. Arnold Schwarzenegger, who still touts it[5] as the signature achievement of his disastrous administration. He used to give a stock speech[6] reviling his Austrian homeland for its hidebound government bureaucracy, and how he escaped to free America. But it was just such a sclerotic bureaucracy that he worsened in California when his AB 32 vastly increased the powers of Nichols and her California Air Resources Board.

Meanwhile, we’ve now had 18 straight years [7]with no global warming.

But Nichols’ powers just keep getting greater. After all, she’s a rock star.