The reports that suggest[1] the California Highway Patrol did a solid job in handling the investigation of a prostitution scandal at CalFire’s training acadmy in Ione have a rich subtext. 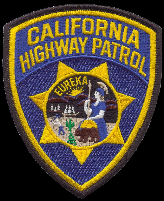 CHP gathered enough strong evidence that 16 CalFire employees were suspended and placed on administrative leave. But what happened when the CHP was accused of systematic corruption in its upper ranks involving the manipulation of pensions for retiring top officials  — a phenomenon known as “Chief’s Disease”[2]?

In 2004, shortly after Schwarzenegger took office, The Sacramento Bee published a stunning investigation that showed systematic corruption throughout the California Highway Patrol’s leadership ranks. Some 80 percent of retiring CHP executives had mysteriously developed severe physical ailments in their final years on the job that qualified them for much more lucrative disability pensions.

After the Bee report came out, the CHP launched an internal probe. The state Legislative Analyst’s Office – the most respected agency in Sacramento – subsequently reported that the CHP probe seemed like more of an attempt to gloss over its ugly details than to illuminate how the mass pension spiking was allowed to proceed.

Sacramento County District Attorney Jan Scully provided more evidence of CHP’s pervasive corruption when she revealed that her criminal probe was impeded by several CHP witnesses who were “unable or unwilling” to be forthcoming.

Would 16 CalFire employees be at risk of losing their jobs if they closed ranks as effectively as the CHP did with its scandal?