Will ferrets finally be free? 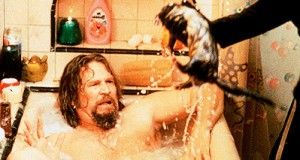 “Ah, nice marmot,” the Dude says in “The Big Lebowski” just before the nihilists dump it into the tub while he’s taking a bath.

And as Walter says later on, it’s not legal. To which the Dude replies, “What are you, a … park ranger now?”

Ferrets really are illegal in California. Back when I was at the Orange County Register editorial page, every couple of years I would write an editorial backing ferret legalization.

A big push was in 2004, when a legalization bill[2] was vetoed by Gov. Arnold Schwarzenegger — who, come to think of it, resembles the nihilists. “I love ferrets. I co-starred with a ferret in ‘Kindergarten Cop,’ ” he said in his veto message. “However, this bill is too bureaucratic and it legalizes ferrets prior to conducting an environmental impact report.”

Except there were, and are, at least 500,000 illegal ferrets already in the state.

Ferrets already are legal in 48 states, with no real harm. According to a legalization site[4]:

The contention is that ferrets may get out and reproduce, creating feral populations and impacting the environment in the process. There are several problems with this argument. For staters, nearly all (and I mean at least 99 percent) of pet ferrets are spay/neutered. Reproducing would be quite a trick. When ferrets get out, unlike domestic cats, they sadly are ill-equipped to hunt on their own. The California Fish & Game Commission (they’re the group blocking legalization) say they’re worried about ferrets hunting chickens. Thing is, that’s not happened in any other state. Outdoors on their own, ferrets are far more likely to become prey than to act as predators, if they don’t actually starve to death.

Whether legal or not, the ferrets abide.