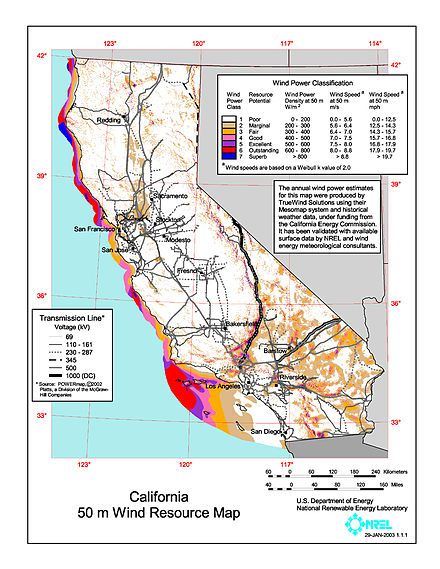 In his Jan. 5 inaugural address for his historic fourth term as California’s governor, Jerry Brown proposed an ambitious expansion of California’s renewable energy goals from 33 to 50 percent[1] by 2030. The current level in 2015 is 20 percent renewables.

However, the 50 percent renewable energy portfolio standard had to be dropped[2] from Assembly Bill 327, passed on Oct. 7, 2013, due to opposition by large utility companies and energy consumer advocates. Nonetheless, Brown wants to revive it, as well as cutting the use of gasoline by half in California in just 15 years.

The devil is always in the details of such ambitious plans. So we’ll have to wait to see the numbers for the costs or impacts on the environment such a massive and sudden expansion of green power would have on California.

As CalWatchdog.com[3] reported, Brown recently was rebuked by the Little Hoover Commission[4] for failing to disclose to Californians how much the price tag will be for renewable power in California.

The closest Californians can come to understanding the impacts such a huge expansion of green power would have on the environment is Stanford University Prof. Mark Jacobson’s[5] similar plan to expand California’s green power to 100 percent by 2030.  Jacobson’s Precourt Institute for Energy at Stanford is funded by billionaire California investor and green-energy proponent Tom Steyer[6].

Here’s how to figure the amount of needed new transmission lines:

2. Today green power already has reached 20 percent in California, according to the Renewables Portfolio Standard Quarterly Report[9] for the 2nd Quarter of 2014 by the California Public Utilities Commission. So it would have to increase another 80 percentage points to reach Jacobson’s 100 percent level.

And it would need to increase that another 30 percentage points to reach Brown’s 50 percent level. That also means Brown’s level is 3/8ths of Jacobsen’s level, a useful ratio for us to use. (30 percent more renewables for Brown’s proposal; 80 percent more for Jacobson’s = 3/8.)

Using standard measurements[10] for the land needed for transmission lines, that 28,125 miles of new lines would amount to 852,272 acres, or 1,332 square miles of land acquired for use by the lines.  That would be about the size of the state of Rhode Island[11] at 1,213 square miles.

“Therefore the concept envisioned in the SA [Jacobson’s Scientific American] article is not a workable plan because the transmission problems have not been addressed. The lines aren’t going to get built. The wind is not going to interconnect. The SA article plan is not even a desirable plan. The environmental impact and cost would be horrendous. Lets get realistic.”

On Friday, Brown is releasing his budget proposal for fiscal year 2015-16, which begins on July 1. Something to look for is if he accounts for this added cost to California’s infrastructure.