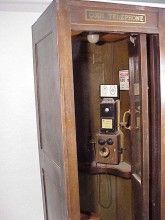 California benefits from the Internet currently being largely tax-free. Generally, the only taxes are for signing up for a local Internet service provider. It’s a flat fee no matter if you hog the Internet by watching continuous Netflix videos, or more profitably use your time reading everything on CalWatchDog.com, which doesn’t use much bandwidth.

That could change under the FCC’s proposal to treat the Internet as if it were a 1930s telephone company. If that happens, you could see your taxes rise sharply.

The Federal Communications Commission is in the middle of a high-stakes decision that could raise taxes for close to 90 percent of Americans. The commission is considering whether to reclassify broadband as a telecommunications service and, in doing so, Washington would trigger new taxes and fees at the state and local level.

The agency would like to make Internet service a public utility, placing broadband under Title II regulation of the Communications Act of 1934. This move would make broadband subject to New Deal-era regulation, and have significant consequences for U.S. taxpayers.

Under this decision to reclassify broadband, Americans would face a host of new state and local taxes and fees that apply to public utilities. These new levies, according to the Progressive Policy Institute[2] (PPI), would total $15 billion annually. On average, consumers would pay an additional $67 for landline broadband, and $72 for mobile broadband each year, according to PPI’s calculations[3], with charges varying from state to state.

This would be doubly bad for California. State and local taxes would go up.

But the tax increases in the other 49 states and their local governments also would hit us, because the money, in the end, would come from California’s Internet companies: Netflix, Google, Apple, Facebook, etc.

And according to Avalara[4], which helps businesses collect local taxes, there are “more than 14,500 local taxing jurisdictions” in America.

In the 1930s, top auto brands included Studebaker, Packard and DeSoto. There were no interstate highways or passenger jets. Going from L.A. to New York City meant taking a several-day train ride. TV was a lab experiment. And calling long-distance meant dialing an operator and paying a high bill for each call.

Does that sound like our world? It does to the FCC.