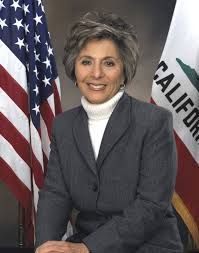 Sen. Barbara Boxer, D-Calif., today announced [1]her retirement. In office since her 1992 election, she has been considered one of the country’s most liberal senators.

Elected the same year as the more moderate Sen. Dianne Feinstein, D-Calif., the two were called the “Thelma & Louise” of the Senate, after the 1991 feminist “buddy movie” starring Geena Davis and Susan Sarandon.

Yet Boxer has been amenable to compromise with Republicans on some issues, such as water policy. As CalWatchdog.com reported[2] last November, “Remarkably, Sen. Boxer had co-sponsored with Feinstein the Senate bill that became the basis of Feinstein’s negotiations with California’s House Republicans” on water policy over the state’s severe drought.

After serving as a supervisor in Marin County, she was elected to the U.S. House of Representatives in 1982 and quickly became a major liberal voice in Congress. As she ran for the Senate in 1992, a brief scandal erupted over her bouncing 87 checks on the special House Bank.

The scandal only fazed her campaign, as she went on to beat conservative Republican stalwart Bruce Herschensohn by 4.9 percentage points. He was hampered in the last weeks of his campaign by revelations that he had attended a strip club, something that wouldn’t matter in the post-Bill Clinton era, but did 23 years ago.

After that, Boxer more handily won her re-election bids against Republican opponents: in 1998 against Treasurer Matt Fong; in 2004 against Secretary of State Bill Jones; and in 2010 against former HP CEO Carly Fiorina.

However, Boxer’s victory margins always were less than those of Feinstein.

On economic issues, Boxer opposed President Bush’s tax cuts. But she supported his 2008 bailout[3] of the financial system at the start of the Great Recession.

She has been a major supporter of President Obama’s programs, especially his American Recovery and Reinvestment Act of 2009[4]. And she backed the Affordable Care Act, or Obamacare.

On social issues, throughout her career Boxer has been pro-choice on abortion. And she strongly backed legalizing same-sex marriage.

On foreign policy, she broke with Feinstein over Iraq policy. Feinstein supported the resolution in Oct. 2002 authorizing force against Iraq, which gave the green-light to President Bush invading Iraq in March 2003. Boxer opposed it.

She has favored more gun control. But oddly for a liberal, she has opposed [5]legalizing marijuana because it could increase crime and car accidents.

Boxer’s exodus from the Senate sets off a scramble to replace her in the 2016 election. With Republicans doing much better in last November’s election, even they might have a chance of taking the seat in Nov. 2016. Should he choose to run, Neel Kashkari, who lost to incumbent Jerry Brown for governor, would have a leg up this time because this would be an open seat.

But most attention would be on the Democratic field in the June 2016 primary. Top candidates include Lt. Gov. Gavin Newsom, Attorney General Kamala Harris and Treasurer John Chiang, a rising star the last eight years for his open-government reforms as state controller.

A new Democrat in Boxer’s seat won’t so much be less liberal, as a different kind of liberal because of a change in generations.

Currently, the three top elected posts in the state are held by Democrats who came of political age way back in the 1960s: Brown, 78; Boxer, 74; and Feinstein, 81. Like Boxer, Feinstein lives in wealthy Marin County, something unlikely to be repeated by a new senator.

Boxer’s retirement is the beginning of the changing of the guard in state politics.