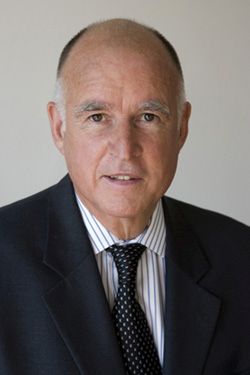 Fresh from his historic inauguration to a fourth term as governor, Jerry Brown unveiled[1] his proposed 2015 budget with a Friday press conference that swiftly attracted reactions from Sacramento and beyond. All told, Brown envisions a general fund totaling $113.3 billion. It’s an eye-popping figure to some, but a relatively modest one for California observers who have watched Brown curb the excesses of his party’s more profligate wing.

Amid rampant speculation that he would make up for this winter’s embarrassing loss on the University of California tuition-hike issue, Brown made education one of the centerpieces of his approach — giving UC more money, but not as much as they sought. It was a characteristic maneuver, showing how Brown’s main challenge in his final term will involve placating big-budget Democrats without drawing the ire of Republicans focused in a pre-election year on economic growth.

But it also can be seen as just an opening salvo in his battle with UC President Janet Napolitano, who wants to raise tuition 28 percent over the next five years.

The college controversy surrounding the UC budget took center stage during Brown’s presentation. Not only was his reputation on the line. Last year the Board of Regents secured itself a raise while hiking student tuition.

But Brown’s basic governing strategy went to work. He offered UC $120 million more for the year. From his standpoint, the allocation was generous, with some other parts of the government in Sacramento receiving no increases at all.

But for UC, it was a miserly, even retaliatory, gesture. As the Fresno Bee reported[2], Napolitano is on record claiming that Brown’s sum isn’t adequate to keep up UC’s current level of quality.

The lopsided approach to funding schools appeared to do what Brown had hoped — tamping down criticism despite leaving the door open for a renewed battle with the University of California.

In a quick roundup of reactions from Democrats, the Sacramento Bee found[4] a common theme: praise for the K-14 figure, paired with somewhat muted criticism on the subject of increased social services spending. Tom Torlakson, the union-backed Superintendent of Public Instruction, gave Brown “an ‘A’ for K-14 education,” although he paradoxically suggested “we still have a long way to go.”

Although GOP power in Sacramento is still a shadow of its former self, Brown indicated through his budget that he hopes to avoid a full-blown conflict with Republicans on fiscal-responsibility issues. Calling California’s financial situation “precariously balanced,” he indicated[5] his desire to “avoid” the “boom and bust” of budgets in years past.

Warning against “exuberant overkill,” he gave Republicans a rare opportunity to offer measured praise without showing weakness. As the Los Angeles Times observed[6], Brown pointedly excluded funds that would provide Medi-Cal to unlawful and undocumented immigrants — a measure currently under consideration in the Legislature. Further, he vowed he’d work together with both parties to address California’s basic infrastructure problems, including Republican grievances like state roads.

Assembly Republicans reached by the Bee struck a common theme resonant across the GOP: Brown’s budget could be taken seriously, even if it was a disappointment. Melissa Melendez, R-Lake Elsinore, and Republican Leader Kristin Olsen, R-Modesto, both emphasized the state’s need for a plan for economic growth.

With voters approving the recent Republican-backed rainy day fund, Proposition 2[7], and Brown willing to sustain the reserve, Republicans have reason to believe putting careful pressure on Brown over the course of this year could pay dividends.