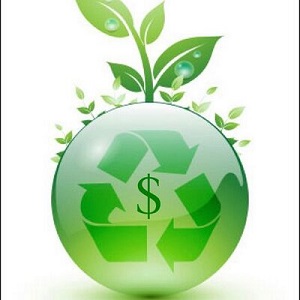 Gov. Jerry Brown’s decision to seek to extend the state of California’s push against global warming to 2030 with a further embrace of costlier-but-cleaner energy got a positive response from many environmental groups and journalists. The idea that California would commit itself to getting half its electricity from cleaner sources in 15 years was seen as an expression of green idealism[1].

But we haven’t seen some crucial context about Brown’s latest energy policy and about how the state has done in meeting the primary original goal of AB 32, the landmark 2006 state law that dictates the use of a cap-and-trade system in which emission credits are bought and sold to try to limit the gases that are believed to contribute to global warming.

The first is that business groups listened to the governor’s speech last week and came away believing that as with fracking, he is signalling he’s not necessarily in sync with the National Resources Defense Council and Sierra Club. This is from a new story in the trade publication “Inside Cal EPA,” which is not available free online:

As the debate has begun, many industry groups are seeking to ensure that any new “second generation” climate and energy programs emphasize “affordable” energy, “achievable” goals, accountability for regulators and other similar approaches.

In his inaugural address, Brown appeared to acknowledge the industry concerns. “How we achieve these goals and at what pace will take great thought and imagination mixed with pragmatic caution. It will require enormous innovation, research and investment. And we will need active collaboration at every stage with our scientists, engineers, entrepreneurs, businesses and officials at all levels,” he said.

“Inside Cal EPA” reported that the governor’s green-energy speech was seen as reassuring in what may seem as some unlikely corners.

Industry groups welcomed Brown’s note of caution, with California Manufacturers & Technology Association President Dorothy Rothrock underscoring Brown’s remarks by saying “our efforts to inspire technologies to reduce climate change emissions must do so without harming the vibrancy of our economy, so we must ensure that we control costs for manufacturers and not further increase the already highest electricity rates of any industrial state.”

That’s not how the governor’s speech was described in newspaper accounts.

Meanwhile, the coverage of the speech outlining a policy billed as a follow-up to AB 32 didn’t provide much historical context for the original measure. It imposes the cap-and-trade system as part of a requirement that the state get one-third of its electricity from cleaner-but-costlier sources by 2020. Former Gov. Arnold Schwarzenegger and former state Senate President Darrell Steinberg, among many others, now consistently depict the law as having a primary intention of helping California develop green jobs and green industries.

But the first four “findings and declarations” in the text of the law[2] don’t mention economic development as a goal at all. Sections 38501(a) and (b) outline the threat that global warming poses to California’s environment and core components of its economy.

AB 32 text: It will have ‘far-reaching effects’ on world 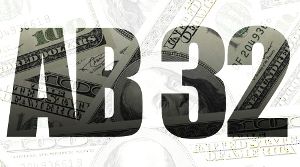 (c) California has long been a national and international leader on energy conservation and environmental stewardship efforts, including the areas of air quality protections, energy efficiency requirements, renewable energy standards, natural resource conservation, and greenhouse gas emission standards for passenger vehicles. The program established by this division will continue this tradition of environmental leadership by placing California at the forefront of national and international efforts to reduce emissions of greenhouse gases.

(d) National and international actions are necessary to fully address the issue of global warming. However, action taken by California to reduce emissions of greenhouse gases will have far-reaching effects by encouraging other states, the federal government, and other countries to act.

The law did go on to say that AB 32 would help California’s tech economy by positioning the state to benefit from “national and international efforts to control greenhouse gases.”

But that hasn’t happened since 2006. Instead, as former Obama economics adviser Larry Summers wrote recently in The Washington Post, the rest of the world mostly gave up on a cap-and-trade approach as clunky and inefficient in reducing greenhouse gases. A simple carbon tax[3] is viewed as a much smarter approach than the one California adopted with the stated intent of changing the world.