Brown may hint at Vergara plans with state education board picks 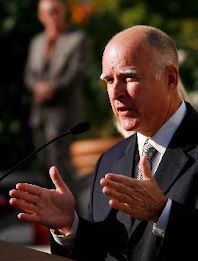 Gov. Jerry Brown has been vague about whether he agrees with the incendiary premise of last June’s decision in the Vergara case: that state teacher tenure and job protection laws are so likely to steer poor teachers to struggling mostly minority schools that they violate minority students’ constitutional right to a public education comparable to that received in schools in more affluent communities.

The appeal of the ruling filed by the state Attorney General’s Office on behalf of the California Department of Education and the governor in late August was low-key. Here’s The Los Angeles Times’ description:

Earlier this month, however, Brown told reporters that he was willing to consider changes in state laws governing teachers. Evidence presented in the Vergara case showed that it’s almost impossible to fire teachers when they receive tenure after their first two years. Marginal or troubled teachers often end up in schools full of English-learner students.

Still, the governor’s remarks were so carefully couched that one could take away the idea that he considered the problem serious or that it was more of a legal headache than a serious policy issue.

In coming weeks, however, Brown is likely to offer clear hints about what, if anything, he hopes to change on the tenure front. He has two vacancies to fill on the State Board of Education[1].

Will the governor name more current California Teacher Association officials, like Patricia Ann Rucker, appointed to the board in 2011 and reappointed in 2014?

Or will he choose education experts in the reform camp, such as Trish Williams, a former EdSource chief executive officer whom Brown named to the state board in 2011?

Education reformers are badly in need of a beachhead in state government. The state Department of Education is run by Superintendent of Public Instruction Tom Torlakson, the CTA’s closest ally in Sacramento. He has repeatedly denounced the Vergara decision and defended the teacher tenure status quo.

If Brown gives the teachers unions two new appointments to the state Board of Education, that will be as clear a signal as possible that he has no interest in taking them on in his second term.

It will also suggest the governor doesn’t intend to take a stand against shenanigans related to the Local Control Funding Formula. The 2013 state law was supposed to ensure more school funding went directly to help English learners and other struggling students get on track.

But in many urban school districts that have gotten an influx of LCFF dollars, the money has been diverted to raises for teachers. The most recent example was in San Francisco Unified[2], where teachers won a raise of more than 12 percent over the next three years, in addition to the raises many get each year based on seniority and completion of graduate coursework.