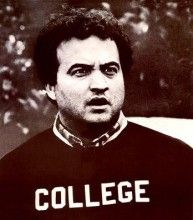 The change comes from the very top of California’s community college system, whose chancellor, Brice Harris, offered a list of 15 schools to the Board of Governors overseeing community colleges from Sacramento. Last year, state Sen. Marty Block, D-San Diego, introduced Senate Bill 850[4], which paved the way for some “postsecondary” schools to receive four-year baccalaureate accreditation under a seven-year pilot program.

As the Fresno Bee reports[5], the legislation “allows a maximum of 15 college districts to offer a single four-year degree each in subjects not currently offered by the University of California or California State University systems.” Harris also made recommendations for which sort of degrees to confer, the Bee noted, from emergency services and dental hygiene to automotive technology and mortuary science.

In a press release, Block portrayed SB850 more as a necessity than an innovation. “It’s wishful thinking to believe we can meet the challenge of producing another 1 million bachelor degrees by 2025 without using community colleges, and the longer we delay in using them, the further behind we will fall,” he said[6].

Ambitions are running high. Block went so far as to tell the San Jose Mercury News his bill would “frankly change the face of higher education in California forever.” In keeping with his sense of urgency — and the broader fear of educational non-competitiveness raised in California by the Common Core standards[7] and the Vergara ruling[8] against teacher tenure — the Board of Governors will deliver its final approval for the pilot program in March, following a preliminary vote.

Perhaps predictably, the expansion of community college has fostered political conflict. Activists aligned with Obama fear that, unless federal and state legislators elbow forcefully into the community college market, corporate interests will advance a competing model of postsecondary education, with the same emphasis on vocational training that Block, Harris and others envision.

At the same time, Obama’s plan to make community college free has mobilized a different set of critics. The popularity of initiatives like California’s four-year pilot program could hinge on the appeal of Obama’s proposal, which leaves the Golden State “a relative loser,” according[10] to the Los Angeles Times’ Karin Klein.

“Rather than provide a particular amount per student,” explains Klein, Obama’s plan gives states three-quarters of what they charge in fees — “up to about $2,500, with states picking up the rest.” Since California has maintained relatively low tuition costs, most other states do better under the plan. “Thirty-seven states charge more than twice what California does,” Klein notes.

But California is ground zero for postsecondary education policy. The state set a new record in degrees conferred last year — on the strength of students completing “remedial math and English courses,” as education officials announced[11]. In his recent visit to Los Angeles, Vice President Joe Biden took pains to stump for Obama’s proposed initiative, which is projected[12] to cost some $60 billion over 10 years.

There is at least one significant obstacle to synergy between California’s postsecondary plans and the White House’s.

Obama’s scheme presumes[13] that only the first two years of community college would be paid for with tax dollars. As the Times observed, “It’s unclear if the funding would alleviate overcrowding in some courses. Many students still complain that they have a difficult time enrolling in such high-demand classes as introductory math and English.”

The Times pointed out those remedial courses must come before classes taken for credit — and about 75 percent of community college students in California have to take them.