CA road use tax could morph into social engineering experiment 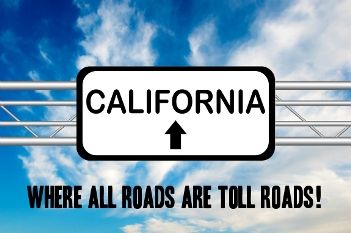 The prospect that Californians will face a new state levy is certain to cause grousing and considerable comment. But a proposal that is increasingly making waves has far-reaching implications and possibilities that have yet to be acknowledged. This is from the San Jose Mercury-News[1]:

But all that good news is generating a major problem: As motorists buy less gasoline, state gas tax revenues that pay for roads have been falling for a decade, leading to more potholes and traffic jams.

Now, in a move that could solve the problem — or cause a political pileup — state officials have begun to seriously study a plan to replace California’s gas tax with a fee for each mile motorists drive.

“We’re going to have to find another way to finance the upkeep of the roads,” Gov. Jerry Brown said earlier this month in rolling out his 2015 budget, noting that California has a $59 billion backlog of maintenance needs on state highways and bridges.

This has drawn concern on civil liberties grounds because some fear the state wouldn’t just track miles, it would for the first time actively track where people go 24-7-365. Townhall columnist John Ransom outlines his issues with the proposal here[2].

But if the state had the power Brown envisions, we also could see another unprecedented scenario: Environmentalists constantly lobbying elected officials to find the optimum way to maximize revenue while minimizing use of fossil-fuel vehicles. It seems likely that greens would argue that hybrids and electric vehicles shouldn’t have to pay as high a usage fee as vehicles using internal-combustion engines.

So we could see a new form of social engineering, one in which taxes are used to make standard cars and trucks much more expensive and much less attractive a driving option.

It’s true that more than a dozen Democrats in the Assembly and Senate have indicated concern about AB 32 and other state policies forcing gasoline prices higher.

But California may be in a new era in which Tom Steyer and other green billionaires throw their weight around and create a liberal political establishment that is even more hostile to fossil fuels than the old one. Steyer’s potential vanity candidacy for the U.S. Senate died of whispered ridicule, but the deference he routinely receives from Democratic power centers is a sign that party insiders know the former hedge fund manager’s aggressive environmentalism is a fact of life in state politics going forward.

Not just against fracking but all fossil fuels 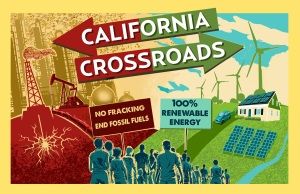 Are young liberals all aboard for the Steyerization of the California Democratic Party? A good barometer of their anti-fossil fuel sentiment will come Feb. 7 in Oakland[3] at the “March for Real Climate Leadership.”

The protest was originally conceived as a way to pressure Gov. Jerry Brown to change course and actively oppose fracking. But now organizers’ goals are broader[4]:

On the heels of an historic ban on fracking on the basis of health impacts in New York, and after seeing millions of people around the world respond to dire scientific warnings about climate change by standing up and raising their voices in unison, we find ourselves on the verge of something big.  We now are well positioned to not only ban fracking and other dangerous forms of fossil fuel extraction, but to also dramatically turn the tide against fossil fuels in the great state of California, and usher in a 100% renewable energy future.