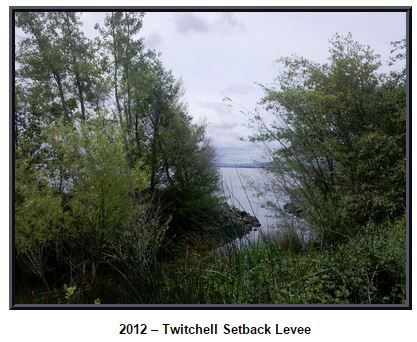 Is there a solution to the Delta smelt controversy [1]and its endless lawsuits?

Yes, according to a couple of seasoned Central Valley farmers, Russell Waymire and Jim Verboon. They say enlarging the Twitchell Island Channel[2] in the Sacramento Delta could eliminate reverse water flows sucking young smelt into the pumps of the State Water Project. Problem solved.

But they believe they need to get the word out. They’re not getting much publicity beyond an interview [3]in the Central Valley Business Times. Yet they have a combined 80 years of farming experience in the Delta, in addition to commercial fishing and agricultural real estate consulting. Waymire and Verboon[4] also co-chaired the Farm Bureau Water Committee in Kings County.

Verboon described what he sees as the real problem with the endangerment of the Delta Smelt:

“The main problems Russ and I have seen over the years develop is, when the plumbing hasn’t changed over the years in the Delta, the water from the Sacramento River is allowed to join the San Joaquin River at Sherman Island in Antioch. It then reverses its natural flow of the San Joaquin River from there up into the Central Delta before it turns south to the pumps at Tracy. This is devastating to the salmon fishery and the Delta smelt. The reason is that water comes around Sherman Island and the weak swimming Delta smelt gets swept into the pumps. The salmon babies are coming down the San Joaquin River to get to the ocean and they run into these reverse flows that flow into their face and they are weak swimmers. That’s where the striped bass and large mouth bass hang out because it is easy pickings for them.”

That’s where Verboon advanced their solution:

“We have an additional project we would like to see considered. We would like to see an existing channel on the east side of Twitchell Island enlarged that would connect the Sacramento River and the San Joaquin River upstream from the pumps. This would eliminate these reverse flows currently between Sherman Island and Antioch and those pumps. This would be the best thing to do to help the young salmon find their way out to the ocean and for the older mature salmon to find their way to their spawning grounds. The enlargement can be made without even muddying the water. It’s not disruption at all and will increase the Delta’s navigability for boats between the north and south Delta.”

Waymire and Verboon are modest about their proposal, saying if it doesn’t work it would be inexpensive to just close the channel off so that fish don’t get pulled into the pumps or the pool where predator fish are.

And according to Waymire and Verboon, their proposal would be much cheaper than water engineer Dr. Robert Pyke’s[5] Delta Tunnel Alternative or the Bay Delta Conservation Plan[6] supported by Gov. Jerry Brown and the California Legislature.

Yet there are complications.

In 2005 the Twitchell Island Reclamation District[7] planted new vegetation along the channel to provide levee stability and improve the habitat of the Delta. Now that habitat may squelch any idea of expanding the channel.

Twitchell Island, mostly owned by the state of California, is substantially below[8] the elevation of the adjacent channel and must be protected by levees. The California Department of Water Resources[9] bought land on Twitchell Island to restore wetlands using state water bonds.

The DWR received seven proposals for levee improvement projects[10] on Twitchell Island in 2014, none of which entailed enlarging the channel.

The only consideration for funding for Twitchell Island under California’s new water bond, Proposition 1[11], which voters passed last November, is to restore more lost habitat[12].

Meanwhile, on Jan. 12 the U.S. Supreme Court refused to hear an appeal from California farmers. According to the Pacific Legal Foundation[13], which represented Stewart and Jasper Orchards and California water agencies against Secretary of the Interior Sally Jewell:

“Federal restrictions have severely cut the pumping into the water system that serves millions of people in Central and Southern California.

The court did not state whether the reason for its denial of hearing was due to the substance of the case or merely a lack of jurisdiction in state matters.