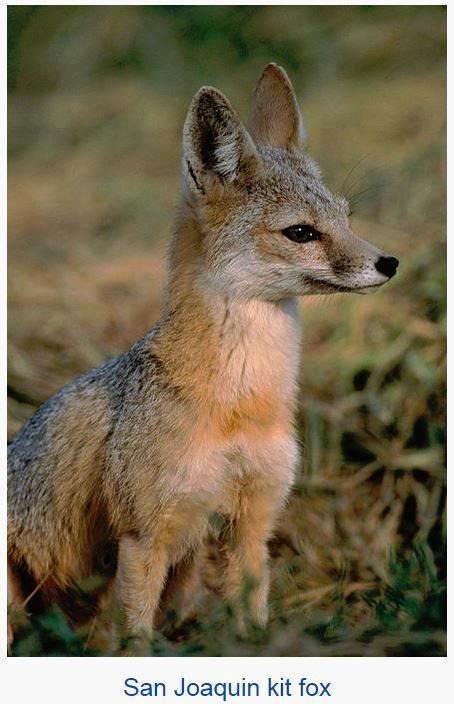 The California High-Speed Rail Authority faces a new obstacle on its railroad track to construction: the endangered San Joaquin kit fox. The environmentalist group Defenders of Wildlife labels it [1]“one of the most endangered animals in California.”

On Jan. 26, the Sacramento office of the Fish and Wildlife Service of the U.S. Department of the Interior sent the CHSRA a letter [2]about the kit fox’ habitat in the project’s 29-mile-long Construction Package 1. The letter charged the CHSRA and the Federal Railroad Authority with causing “the loss of nine acres of suitable habitat for the San Joaquin kit fox, located outside the project footprint … and the destruction of a potential San Joaquin kit fox den.”

The contractor allegedly expanded outside the approved footprint of the Merced-to-Fresno Section for staging building materials and machinery. These project-related activities included:

The CHSRA is working under a tight time frame to spend the $3.5 billion in federal money from the American Recovery and Reinvestment Act of 2009 and any delay would be unwelcome at this stage.

The CHSRA must turn in to federal authorities its bills for the project by March 2017, six months before the Sept. 2017 deadline to spend all the money. So the deadline now is just over two years away.

CHSRA spokesperson Lisa Marie Alley told the Fresno Bee[3] the kit fox issue was a minor problem. “I think this is an example,” she said, “in undertaking one of the largest infrastructure projects in decades in this country, to make sure that we’re streamlining and coordinating with all of our partners. We are looking for ways to do a better job in the future.”

And the Los Angeles Times reported[4] [5]that, despite the FWS letter, “the effect of the violations may be limited. The wildlife service said that the rail authority and its partners had initiated a formal consultation on the project, which was the ‘appropriate’ action, and that no fines were being considered.”

The kit fox habitat also could be moved to a different location by the CHSRA, “which wildlife service officials deemed adequate in an email exchange over the weekend.”

But opponents saw the FWS letter as a major problem for the project. Aaron Fukuda is a key litigant[6] in a new lawsuit against the project and co-founder of Citizens for California High-Speed Rail Accountability.

“When you rush a project,” he said, “you don’t have your plans ready, you use shoddy engineering and you hire the least technically competent contractor you get these sorts of incidents, which I believe is simply the first of numerous to take place. The Authority will try and minimize the importance of this. However, it clearly highlights the rough road ahead.”

Doug Carstens is an attorney suing the CHSRA for filing an insufficient environmental report for the Fresno-to-Bakersfield section of the project. He said:

“In the Authority’s haste to begin construction, they and their contractors have violated the federal Endangered Species Act.  Without a permit, they destroyed nine acres of suitable habitat, including collapsing a potential San Joaquin kit fox den without a permit.  The Federal Fish and Wildlife Service should be commended for calling on them to comply with the ESA and reinitiate consultation.  But the Authority never should have let the damage happen.”

“The Rail Authority’s ‘design-build’ approach, where the agency completes only a general level of design for purposes of environmental review and permitting and the contractor refines the design post-approval, is simply inadequate.

“Commenters noted during the EIR/EIS [Environmental Impact Report/Environmental Impact Statement] process for the Merced to Fresno Section that the vague level of project design precludes full assessment of its environmental impacts.  They pointed out that the design omitted critical details, including, among other things, the specific locations of construction staging areas.  Now, the ramifications of the inadequate level of design are beginning to come to light.  Here, because the Authority did not identify staging areas, the contractor selected the two sites with no agency guidance or oversight. The result: a major violation of the federal Endangered Species Act and the potential to further delay Project construction.”

Holder concluded, “This is a case where the proverbial chicken, or here the endangered kit fox, has come home to roost.”

If the critics are right and the charges of environmental violations are severe, the penalties imposed on the project could be severe. The Endangered Species Handbook[7] of the Animal Welfare Institute detailed:

However it turns out, the FWS letter is another twist in the long and winding road of attempting to start the controversial project.