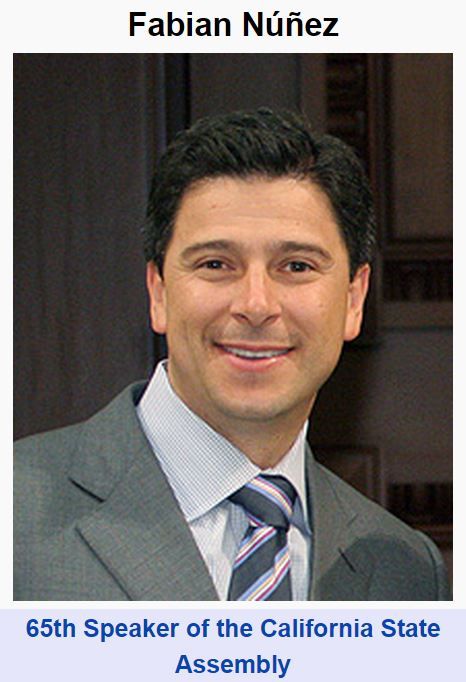 He’s “very, very close to running,” close friend Fabian Nunez told the Los Angeles [1]Times. “There’s still a possibility that he decides not to run. I doubt that’s going to be the case.”

It’s curious Nunez is making this semi-announcement. Villaraigosa himself is hampered by a personal scandal [2]involving his marriage and affairs.

But Nunez’ scandal was far worse, and likely will come up if Villaraigosa runs for the higher office. Nunez got his son’s murder sentence commuted by another close friend, then-Gov. Arnold Schwarzenegger. The Times reported in 2011[3]:

Esteban Nuñez, who was sentenced to 16 years in prison for his role in the October 2008 stabbing death of college student Luis Dos Santos near San Diego State, had his prison term commuted to seven years by the governor.

Along with a tax increase, $20 billion deficits and a crashing state economy, the commutation tainted the final days of Schwarzenegger’s ill-starred seven years in office.

A year ago, the U-T San Diego reported[4] on how the family of the murder victim, Louis Santos, still is not reconciled to Schwarzenegger’s action:

In a statement, Schwarzenegger called the sentence “excessive” because he did not believe Nuñez had inflicted the fatal wound. He also cited Nuñez’s previously clean record. Critics are convinced Schwarzenegger, a Republican, was motivated to help his ally, Fabian Nuñez, the Democratic Assembly speaker. Schwarzenegger’s “of course you help a friend” comment to Newsweek a few months later only reinforced those suspicions.

Schwarzenegger’s April 2011 quote “goes toward his total attitude. He taunted us,” Santos said.

Santos said the statement made him even more than determined to see the court process through to the end.

“The pain and the memory of the events will never go away. I can’t stick my head in the sand,” Santos said.

The commutation also outraged Bruce Henderson, the father of Keith Henderson, a victim who survived Nunez’ assault. And another cynical remark by Schwarzenegger was recorded. Henderson wrote[5] in May 2011:

News of Schwarzennegger’s clemency for the man who tried to kill my son took me back again to that first agonizing day at the hospital. When I checked into a hotel that night, I turned on the TV as the local news was covering the story, and watched as paramedics pushed a gurney into an ambulance. A blanket covered an unidentified victim. Then, I recognized my son’s scuffed sneakers sticking out from the blanket. Realizing how very close we had come to losing him, I started shaking.

Esteban Nunez is incarcerated at Mule Creek State Prison, where he was transferred to a “sensitive-needs” unit after the Nunez family sent to the warden’s assistant a new Kindle, which was later returned….

Recently leaving an event, Schwarzenegger was asked by a reporter for a comment on the Nunez commutation. The ex-governor dismissed it as a “boring question,” and strode away from the TV camera. As he did, Schwarzenegger made a loud snoring sound.

And that’s how politics really is played in California.