Yesterday California’s high-speed rail project faced two new legal actions in its path to construction. The first was in state court about the adequacy of the electrification environmental document of CalTrain, the Bay Area commuter system. The second was in federal court challenging a January ruling of the Surface Transportation Board that sided with the California High-Speed Rail Authority.

Both actions have the same goal: forcing those involved in the high-speed rail project to follow the California Environmental Quality Act.

The first action was a lawsuit [1]filed against the Peninsula Joint Powers Board, which runs CalTrain. The lawsuit was filed by the town of Atherton, the group Transportation Solutions Defense and Education Fund and the Community Coalition on High-Speed Rail.

Among other things, the lawsuit:

A further contention is that California law mandates that proposed projects such as this must be compared to viable alternatives, as well as to not building a project.

The intent is to see if there is a less damaging way to accomplish nearly the same result; or that “no project” is best to avoid severe environmental damage. 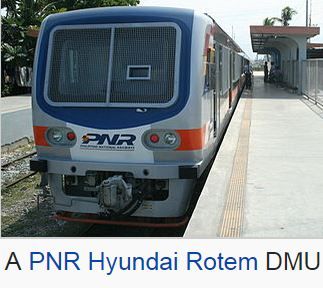 In this case, plaintiffs insist there was inadequate study of alternatives, such as diesel multiple-unit trains[3] that wouldn’t require destroying trees, which would happen under electric trains’ overhead electric lines.

The DMU alternative was dismissed by the Joint Powers board as inadequate, though it met most project requirements.

Participants in the Lawsuit

“The town met with CalTrain in an attempt to reach commitment on a number of remaining issues,” explained Atherton City Manager George Rodericks in a statement of why the lawsuit was brought. “CalTrain’s response did not contain sufficient commitment to deter the town from a legal challenge to the” Final Environmental Impact Report.

TRANSDEF explained on its website[4] why it’s joining the lawsuit. And it wrote a letter to the Joint Powers Board, explaining:

“Much of the work of raising top speeds involves straightening curves. If curves are straightened, that means that the catenary [overhead lines] installed for the PCEP [Peninsula Corridor Electrification Project] will be in the wrong location, so it will not work for HSR. Ergo, it is incompatible, thus defeating any claim that the Project meets its Purpose and Need: ‘providing electrical infrastructure compatible with future high-speed rail service.’ …Compatibility with something that has not yet been designed is impossible.”

The CHSRA has not begun an environmental assessment at what is called the project-level Environmental Impact Report/Environmental Impact Statement, and said it would not do that until the CalTrain electrification EIR was buttoned up. The project level EIR for high-speed rail was specifically stopped[5] at the July 2011 CHSRA board meeting.

Said Community Coalition President Jim Janz, a former mayor of Atherton, “The petitioners in this lawsuit want CalTrain to study the impacts, and to study the alternatives, before plunging ahead. That is not only prudent policy-making, it’s what the law requires.”

The second action was an appeal [6]filed in the U.S. Ninth Circuit Court of Appeal against a December decision by the Surface Transportation Board exempting California’s rail project from CEQA.

The appeal was made by King and Kern counties, TRANSDEF, the Community Coalition, the Kings County Farm Bureau, the Citizens for California High-Speed Rail Accountability and the California Rail Foundation.

As CalWatchdog.com reported in December:

“In its October Petition for Declaratory Order[7], the CHSRA had asked the three-member STB to short-circuit ‘state-law-based lawsuits pending in California state court.’ It sought only to stop any court-ordered construction injunction. “The CHSRA added it would abide by any mitigation ordered because of the CEQA process.

“The CHSRA got what it wanted – and more.”

If the STB loses this appeal, California’s state environmental laws will be protected. That precedent could well affect other rail projects, including those by CalTrain, which declared it was under STB rules and not obliged to follow CEQA.