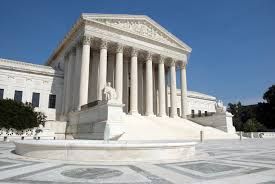 A recent U.S. Supreme Court hearing on allegations of racial discrimination in Texas public housing programs may have major implications for Vergara vs. California, the landmark education lawsuit that’s now under appeal after a June 2014 trial-court ruling that created a national shock wave.

In Vergara, Los Angeles Superior Court Judge Rolf Treu cited gaps[1] in test scores between minority students and white students in California and evidence that minority schools were far more likely to have the worst teachers in concluding that three state laws protecting teachers’ jobs and prerogatives were unconstitutional violations of student rights.

Treu likened the Vergara case to Brown vs. Board of Education, the famous 1954 Supreme Court case in which justices held Kansas’ “separate but equal” public schools for whites and blacks were unconstitutional.

But the Kansas case involved a state whose education policies resulted in white schools having more money and resources than black schools. In Vergara, while there are stark differences in test scores between schools with mostly Latino and African-American students and schools with mostly white and Asian-American students, these schools receive similar funding from the state under the ADA (average daily attendance) formula. And while the worst teachers congregate at minority schools because of official rules and unofficial practices rewarding veteran teachers with clean records, it’s difficult to contend the state laws that allow this to happen were crafted with a racial animus.

However, some liberal legal experts have long made the case that showing laws have a “disparate impact” on minorities through statistics and real-world effects should be enough to invalidate them on equal protection grounds. This is how the U.S. Equal Employment Office defines the term:

Disparate impact refers to policies, practices, rules, or other systems that appear to be neutral, but result in a disproportionate impact on protected groups. Disparate treatment is intentional. For example, testing a particular skill of African Americans only is disparate treatment.

The Texas case involving allegations of housing discrimination against minorities that was heard by the U.S. Supreme Court on Jan. 24 was the first time that justices have taken a case in which lower-level courts had taken the “disparate impact” theory into serious consideration in their rulings.

The Overlawyered blog’s and Forbes magazine’s coverage of oral arguments[2] in the case[3] should have the California Teachers Association and the California Federation of Teachers doing handstands. The Supreme Court’s conservative majority lacerated attorneys making the “disparate impact” argument holding that the state of Texas’ policies were unconstitutional. Justice Antonin Scalia said these attorneys …

... conflated racial disparities, which can happen for all sorts of reasons, with deliberate racial discrimination, which is what racists do … .

During the questioning … the court’s conservatives got to enunciate conservative concerns about the spreading use of disparate impact. … the Supreme Court has previously outlawed explicitly racial solutions to disparities, such as rigid quotas …

The analogies between Texas public housing laws and California education laws are not precise. But if Scalia’s framing of what constitutes unconstitutional racial discrimination — conscious, intentional, consequential bias in the crafting of a law — holds for a majority of the high court, then the California education status quo is likely to survive the Vergara case.

One housing-law expert even thinks the Supreme Court’s conservative majority is spoiling to get this view explicitly stated in the Texas case so as to rebuke an Obama administration which has gone overboard in pushing “disparate impact” litigation.

The Court has wanted to examine this issue, as evidenced by accepting cert three times. It has repeatedly said that it only wanted to look at whether disparate impact applies under the Fair Housing Act and not what standard would apply if it does exist, even though there are many circuit court decisions using disparate impact, and they have used conflicting standards. Typically, the Court would want to decide an issue that is in conflict between the circuits, especially here, where HUD has already tried to resolve the conflicts with a rule. The Court’s refusal to consider a standard suggests that the majority of the justices already know disparate impact will no longer apply under the Fair Housing Act.  …

In some disparate impact cases, the theory has worked effectively to lessen racial discrimination and the perpetuation of illegal segregation. However, the substantial increase in the use of the theory … has caused the theory to be attacked and probably struck down. The takeaway is one of the pendulum having swung too far one way and now swinging back to the middle … .

That’s from Mike Skojec[4], partner at the national law firm of Ballard Spahr.