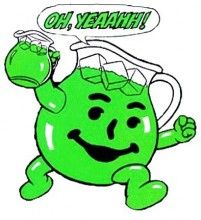 The promises of Gov. Jerry Brown and predecessor Arnold Schwarzenegger that green jobs and the green economy would be the backbone of California’s economic comeback seem all but forgotten. Brown didn’t even mention all his 2010 promises in his successful re-election campaign last year.

Now, a decade after Schwarzenegger began his strong emphasis on green jobs, we have another powerful state leader on the bandwagon.

With Senate President Kevin de Leon, D-Los Angeles, declaring his determination[1] to bring a huge infusion of green jobs to California, it’s time to look at the most comprehensive assessment of green job claims in the Golden State.

It wasn’t from The Los Angeles Times or Sacramento Bee. It was from The New York Times in August 2011[2], and it’s fairly described as harshly dismissive of such claims.

In the Bay Area as in much of the country, the green economy is not proving to be the job-creation engine that many politicians envisioned. President Obama once pledged to create five million green jobs over 10 years. Gov. Jerry Brown promised 500,000 clean-technology jobs statewide by the end of the decade. But the results so far suggest such numbers are a pipe dream. …

A study released in July by the non-partisan Brookings Institution found clean-technology jobs accounted for just 2 percent of employment nationwide and only slightly more — 2.2 percent — in Silicon Valley. Rather than adding jobs, the study found, the sector actually lost 492 positions from 2003 to 2010 in the South Bay, where the unemployment rate in June was 10.5 percent.

Federal and state efforts to stimulate creation of green jobs have largely failed, government records show. Two years after it was awarded $186 million in federal stimulus money to weatherize drafty homes, California has spent only a little over half that sum and has so far created the equivalent of just 538 full-time jobs in the last quarter, according to the State Department of Community Services and Development.

The weatherization program was initially delayed for seven months while the federal Department of Labor determined prevailing wage standards for the industry. Even after that issue was resolved, the program never really caught on.

The NYT also pointed out that when there are few green jobs, having ambitious green job training programs isn’t likely to turn out well:

Job training programs intended for the clean economy have also failed to generate big numbers. The Economic Development Department in California reports that $59 million in state, federal and private money dedicated to green jobs training and apprenticeship has led to only 719 job placements — the equivalent of an $82,000 subsidy for each one.

“The demand’s just not there to take this to scale,” said Fred Lucero, project manager at Richmond BUILD, which teaches students the basics of carpentry and electrical work in addition to specifically “green” trades like solar installation.

Richmond BUILD has found jobs for 159 of the 221 students who have entered its clean-energy program — but only 35 graduates are employed with solar and energy efficiency companies, with the balance doing more traditional building trades work.

When upbeat green job reports come out, they’re usually driven by ever-expanding definitions of what constitutes green jobs, as I noted recently[3] in the U-T San Diego newspaper:

Thrift-shop clerks, bus drivers, janitors at solar power plants, professors who teach about the environment, cashiers at bicycle-repair shops and trash collectors are all characterized as green jobs by the Obama administration.

This is a fact that rarely seems to appear in California newspapers.