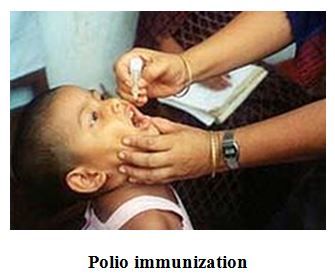 The measles outbreak has injected the California Legislature with a new urgency in dealing with vaccine issues. First up is a new bill, as yet without a number, by state Sens. Ben Allen, D-Santa Monica, and Richard Pan, D-Sacramento, the latter a pediatrician.

According to Pan’s website[1], the bill “will repeal the personal belief exemption that currently allows parents to effectively opt their child out of vaccines in our schools.” Under the exemption, “a parent may choose to opt their child out of school vaccine requirements that bi-partisan legislative majorities passed to protect students.”

As the Sacramento Bee reported[2], the vaccination issue has roiled California in unexpected ways, with “anti-vaxxers” cutting across familiar ideological and political categories. “I’m a registered Democrat, but that could possibly change,” one parent told the paper. “I could never be with a party that mandates, and takes away freedom from people.”

But Republicans have been wary of championing residents seen as directly responsible for the outbreak of major diseases. Some GOP officeholders in Sacramento have begun to reverse their earlier support of California’s relatively broad personal belief exemption, which extends beyond a carveout for religious beliefs. Others have reaffirmed a measured commitment to both vaccination and parental choice.

According to the Los Angeles Times[3], however, the bill would nevertheless extend some political cover to conservatives whose constituents favor close parental control of medical choices:

“The legislation does not address children who are completely home-schooled. It would still allow children to avoid vaccination for medical reasons including allergic responses and weak immune systems. The mandate only applies to children attending public or private schools.”

Perhaps surprisingly, Republicans may have already felt the worst of the political awkwardness — while Democrats face more internal disagreement. As the Wall Street Journal reported[4], “Dr. Pan wrote a 2012 law that went into effect last year that required a consultation with a health care practitioner to obtain the personal belief exemption. Gov. Jerry Brown added an exemption based on religious beliefs upon signing that law.”

Now, Brown’s office has indicated the governor is open to erasing the personal belief exemption.

Both California’s U.S. Senators, Democrats Barbara Boxer and Dianne Feinstein, also have urged[5] their fellow party members to consider eliminating the religious-belief exemption. In a letter to California Health and Human Services Secretary Diana Dooley and other officials, the senators set out[6] an uncompromising position:

“California’s current law allows two options for parents to opt out of vaccine requirements for school and daycare: they must either make this decision with the aid of a health professional, or they can simply check a box claiming that they have religious objections to medical care. We think both options are flawed, and oppose even the notion of a medical professional assisting to waive a vaccine requirement unless there is a medical reason, such as an immune deficiency.”

What’s more, Boxer and Feinstein went after parents who sought modified or delayed vaccination schedules even for preschool children — a move that could unsettle the swift but fragile bipartisan consensus forming around the Pan-Allen bill.

As BuzzFeed reported[7], the response among Democrats has not been as crisp and confident as Boxer and Feinstein might have hoped:

“Several liberal lawmakers unequivocally said parents should vaccinate their kids. But when pressed further on the state laws that allow parents to skip vaccinating their children if they have a medical, religious, or ‘personal belief’ reason not to do so, their answers became less clear.”

The office of California Attorney General Kamala Harris — who hopes to replace Boxer in the Senate — declined to answer any questions about Harris’s own stance.