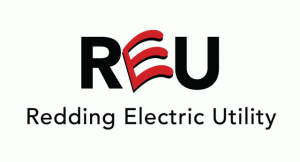 Taxes are taxes – even when collected by a city on a municipal service. That’s the recent ruling [1]by California’s 3rd District Court of Appeal enforcing two tax-limitation initiatives, Propositions 13[2] and 26[3].

The action threatens a source of revenue for cities that use what’s called “payment in lieu of taxes[4],” or PILOT. A municipal utility does not pay property taxes (unlike investor-owned utilities such as Southern California Edison). In some cities, the utility instead pays a PILOT, passing the expense on to ratepayers.

In Jan. 2011, Redding adopted an electric-rate increase for juice from the city-owned Redding Electric Utility[5] that included a PILOT. The amount transferred from the Electric Utility Fund to the city General Fund was roughly equivalent to what an investor-owned utility would have to pay in property taxes, about 1 percent of assessed value.

This is a longstanding practice of California cities. They effectively overcharge ratepayers for the PILOT payment, then shift the money into the general operating fund for police, fire and other municipal services. Such practices are not a secret and allow cities to raise taxes with elected representation, but usually without voter approval.

The new court ruling[6] stems from a case involving the city-owned Redding Electric Utility[5], or REU, which was sued by the group Citizens for Fair REU Rates[7]. The appeals court ruling overturned the decision of a lower Shasta County Superior Court case.

The citizens group challenged the PILOT as an unconstitutional tax not approved by voters.

So authorizing the shift in funds through the city budget was a way to overcharge for electricity to subsidize general municipal services.

Redding contended the PILOT was a grandfathered charge authorized before the adoption of Prop. 26[8] in Nov. 2010. And the city said the charge was an unintended surplus originally meant to cover the reasonable cost of providing electric service.

“We conclude the PILOT constitutes a tax under Proposition 26 for which Redding must secure a two-thirds voter approval unless it proves the amount collected is necessary to cover the reasonable costs to the city to provide electric service. We reject Redding’s assertion the PILOT is grandfathered-in by preceding Proposition 26’s adoption. As a budget line-item, the PILOT is subject to annual discretionary reauthorization by Redding’s city council. The PILOT does not escape the purview of Proposition 26 because it is a long-standing practice.”

The appellate court also referred the case back to the Superior Court to provide the city an opportunity to prove that its charge was a reasonable cost not exceeding the cost of service.

Roland Kedikian, an attorney with the Glendale Coalition for Better Government, told CalWatchdog.com the Redding case should set a favorable precedent for his group’s challenge of a similar PILOT practice by Glendale. The city runs Glendale Water & Power[11].

GCBG filed a lawsuit[12] against Glendale in March 2014, contending that electricity cannot be a “piggy bank” to satisfy city budget shortfalls without voter approval.

Kedikian said Glendale’s practice of funding transfers was a violation of Prop. 26 because that city issued electric utility bonds to be paid back by higher utility rates. Then some of those bond monies were transferred for municipal services not related to electricity use.

Kedikian called such practices a “back door tax” that circumvents existing law. However, Kedikian made it clear his citizen group was not an anti-tax organization.  He said such fund transfers deny citizens their constitutional right to have their voice heard through voting.

According to the Daily News[13], city officials have contended “transferring funds from Glendale Water & Power to the city’s general fund for police and other public services is the only way to maintain Glendale’s level of services.”