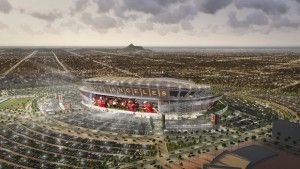 The reaction was harsh in San Diego. Sports columnist and veteran Chargers watcher Kevin Acee likened the announcement to the Chargers being “in bed with a silver and black whore,” a reference to the team’s long and at times ugly rivalry with the Raiders. That characterization was soon toned down, but Acee’s bitterness — and San Diego’s mayor’s bitterness — was still plain[1]:

“It’s now abundantly clear,” San Diego Mayor Kevin Faulconer said in a statement Thursday night, “that while we have been working here in San Diego to create a plan for a new stadium, the Chargers have for some time been making their own plans for moving to Los Angeles. This would amount to abandoning generations of loyal Chargers fans.”

No matter how much we try to understand why the Chargers have to do what they’re doing to protect their business interests – and the team is a business – this stinks.

It feels like we’re in the midst of being cheated on.

In the Bay Area, the Raiders’ threat to leave was treated skeptically — quite a change from San Diego journalists, many of whom sound as if they believe the team is gone. This is from San Francisco Chronicle columnist Al Saracevic:

Both the Raiders and Chargers are desperately trying to find public or private money to build stadiums in their existing communities. With no legitimate plans forthcoming, it seems like the two NFL franchises are throwing a hail-mary pass to the deep reaches of L.A. County, hoping their professed desire to move will unlock local riches.

Or maybe they really do want to move to Los Angeles. Carson certainly seems to want them.

Sounds fabulous. Like a fabulous pipe dream. While the two teams announced they have actually bought land in Carson to help facilitate the plan, concrete financing is a long way away. And the absence of team executives at Friday’s press conference was downright mind-boggling.

The difference may be that San Diego journalists have considered the chance of the team leaving to be credible for several years. In the Bay Area, the Raiders are considered dysfunctional even years after the death of controversial, irascible owner Al Davis.