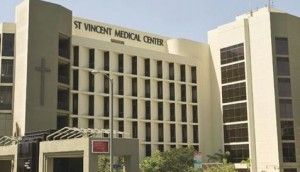 Pressured by labor unions and their political allies, California Attorney General Kamala Harris has made her first big political gamble as a candidate to replace retiring Sen. Barbara Boxer in 2016.

Urged to intervene in a hot-blooded dispute over the fate of six beleaguered Catholic hospitals, Harris approved their sale to Prime Healthcare Services. But she attached a stringent list of conditions designed to satisfy the Service Employees International Union and other Prime critics.

The decision sparked its own wave of criticism, plunging the sale itself into doubt. And Harris has so far declined[1] to comment.

Among other demands, Harris’ solution would require several key changes well in excess of what Prime had originally agreed to. KPCC reported[2] that, to acquire the hospitals, Prime will have to ensure Medi-Cal and Medicare participation guarantees for all outstanding pensions and — most critically — a “10-year commitment for emergency services at some of the hospitals.”

According to the Los Angeles Times, “The hospitals would be required to provide abortion and other reproductive health services that the Daughters of Charity would not” because they are an order of Catholic nuns.

Harris’s measures come on the heels of a lengthy process involving several consultants’ reports, six public meetings and 14,000 comments delivered to her office, according[3] to the San Jose Mercury News. As the San Francisco Chronicle noted[4], the Attorney General’s office is required to authorize conversions from non-profit to for-profit status.

In an effort to save the hospitals from closure without offending workers’ groups, she turned to the report’s recommendation of a laundry list of conditions — some 70 pages of them. Prime unsuccessfully pressed the Attorney General’s office to ease from some of the consultants’ recommendations, reported the Mercury News. In its original deal with the hospital chain, for instance, Prime accepted specified commitments that terminated after five years, not 10.

The nonprofit chain of six hospitals, which includes the St. Vincent Medical Center in the heart of Los Angeles, has long been in need of a buyer. But the hospitals found themselves at the epicenter of a political conflict, implicating not only health care but race, class and the economy.

As the Times reported[5], the lack of a deal put at stake some 7,600 jobs that have been delivering care to lower-income neighborhoods in Los Angeles.

It was a golden opportunity for Prime, which was willing to make unusual concessions in order to forge the deal. “In October, Prime Healthcare agreed to pay about $843 million in cash and assumed debt to acquire the six hospitals,” the Times noted. “A key part of the agreement was Prime Healthcare’s promise to assume $300 million of liability for the pensions of 17,000 current and former Daughters of Charity employees.”

On the other hand, Prime has developed a reputation in Southern California for swiftly acquiring a big portfolio of hospitals, thanks to a strategy of turning around struggling institutions by whipping their cost structures into shape. For labor unions and their allies, that was a problem.

SEIU’s United Health Workers West, which backed Harris’ decision, has suspected Prime of planning to cut not only costs but jobs and services. Adding to the climate of acrimony, a San Bernardino Superior Court Judge recently found that Prime violated a court order by “needlessly admitting emergency room patients into its Chino hospital,” according[6] to KPCC.

While unions may be placated for the moment, Harris has yet to score a clean political victory. Prime’s executives have not lost the ability to walk away from the negotiating table. And after a weekend spent looking at options, the Times reported[7], they have not yet made a decision:

“‘We hope to have a decision within a week,’ said Dr. Kavitha Reddy Bhatia, vice president of clinical transformation for Prime Healthcare and daughter of the company’s founder, Dr. Prem Reddy.”