Villaraigosa will not pursue 2016 Senate seat 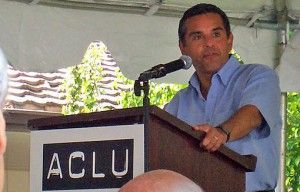 Villaraigosa announced his decision Tuesday in a post on Facebook[2] that foreshadowed a run for governor in 2018.

“I am humbled by the encouragement I’ve received from so many to serve in the United States Senate,” the former Democratic Speaker of the California Assembly wrote. “But as I think about how best to serve the people of this great state, I know that my heart and my family are here in California, not Washington, D.C.”

If Villaraigosa’s statement that his heart remains “here in California” wasn’t a clear enough indication of a future run for governor, he added he’ll continue his “efforts to make California a better place to live, work and raise a family.”

“We have come a long way, but our work is not done, and neither am I,” he concluded.

It didn’t take long for Harris, the only major announced Democratic candidate, to issue a statement praising the former Los Angeles mayor. 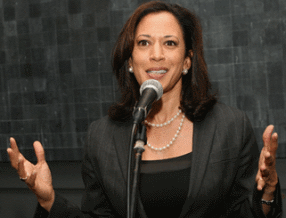 “The city of Los Angeles, and our state and nation, have benefitted [sic[7]] greatly from his leadership,” Harris said in a prepared [8]statement tweeted by her campaign. “I know he has much more to offer. I wish him and his family all the best.”

Although Harris welcomed Villaraigosa’s exit from the race, the biggest beneficiary could be Loretta Sanchez. A moderate Orange County Democrat, Sanchez would have appealed to similar voters — Latinos and Southern Californians — as Villaraigosa.

She hasn’t received the same media hype as Villaraigosa, but in some respects Sanchez may prove to be a more formidable challenger to Harris. The 10-term Democrat has said she’ll make a decision later this year. Sanchez has a head start on fundraising with nearly $400,000 in federal cash on hand[9], according to the most recent campaign finance reports. 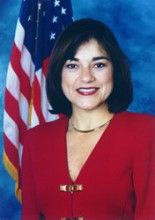 Her statewide name identification, albeit lower than Villaraigosa’s, comes without the personal baggage. Early in his tenure as mayor, Villaraigosa disclosed an affair[10] with a Telemundo newswoman. That was followed by photos showing the mayor partying with Hollywood bad boy Charlie Sheen[11] at a hotel opening in Mexico.

But as pointed out by CalWatchdog.com,[12] the biggest weight on a Villaraigosa campaign could be his support for Esteban Nunez, the son of former Assembly Speaker Fabian Nunez. Esteban pled guilty to manslaughter for the fatal stabbing of a 22-year-old college student. Villaraigosa, on official mayoral letterhead[13], wrote a letter of support for “a young man of good and upright character.”

The case was riddled with political favoritism, as detailed in a lengthy profile by the Los Angeles Times[14], and ended with Nunez friend Gov. Arnold Schwarzenegger’s commutation of Esteban’s sentence.

Latino Caucus: Senate contest bigger than any one candidate

Villaraigosa’s decision to pass on the race also does nothing to cool the burning frustrations of Latino political leaders, who are being pressured by some Democratic leaders to clear the field for Harris.

Earlier this year, former Speaker of the Assembly Willie Brown, who at one time dated[15] Harris, said Villaraigosa should forgo a campaign out of respect for his friendship with the attorney general.

“His loyalty and his relationship with her should be so valuable, and he should, in my opinion, see it as an opportunity to demonstrate that,” Brown told the Sacramento Bee[16].

That comment inspired grumblings [17]from members of the California Latino Caucus, who say the race is bigger than any one Latino candidate. Earlier this month, the group released a poll[18] showing a Latino candidate could contend with Harris. The survey of 600 likely Latino voters, according to CalBuzz[19], showed Villaraigosa leading Harris, with Sanchez not far behind in third place.

“The U.S. Senate race has importance beyond the contestants themselves,” Assemblywoman Nora Campos, D-San Jose, said in a press release[20]. “This is not about one candidate or another. An exciting race can generate enthusiasm among voters that have not been energized in years.”

Other Democratic candidates that are considering the race include Rep. Adam Schiff of Burbank, Rep. Xavier Becerra of Los Angeles and former Secretary of the Army Louis Caldera.