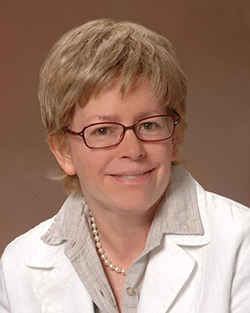 IRVINE — “Dismal, poor, horrible, abysmal” are the current snowpack and water runoff conditions in California, according to Jeanine Jones, the Interstate Resources Manager for the California Department of Water Resources.

The “dismal” snowpack means that when it melts, water will only trickle down the slopes, causing severe shortages in lowland areas.

She spoke at the Feb. 25-26 Drought Response Workshop, [1]which CalWatchdog.com attended. It was sponsored by the DWR, the Southern California Water Committee and the National Water Resource Institute. It was held at the Atrium Hotel in Irvine for about 180 high-level water managers and consultants.

Jones put the current drought into perspective by showing a slide[2] illustrating that 2014 was the fourth driest[3] year of the last 114: 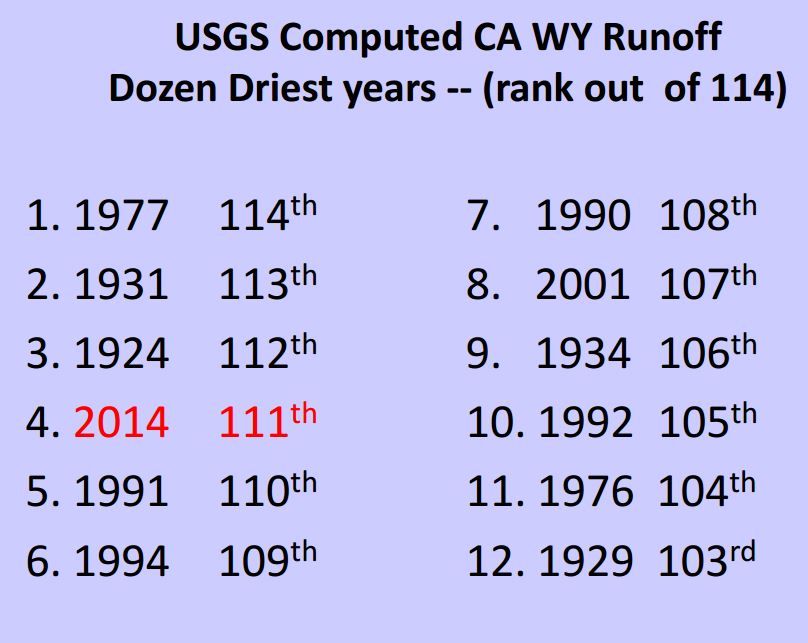 California is entering its fourth consecutive year of drought with all of its surface reservoirs at less than the historical average[4] capacity, except for Folsom Lake.

California experienced drier years during the 1930’s Dust Bowl era. But Jones said California’s population at that time was only 6 million people[5], one sixth what it is today.

California also has had drier single years than 2014. But the 2012-14[6] years have been the driest three consecutive years based on statewide precipitation in recorded California history, slightly exceeding even the 1922-24 drought. 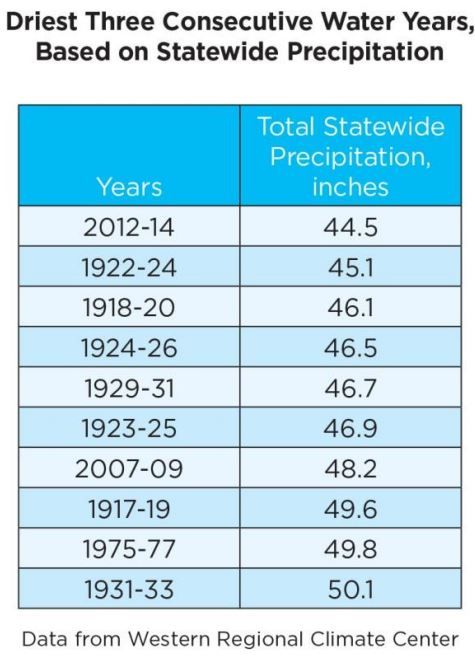 However, this allocation is subject to revision depending on snowpack and water runoff conditions.

According to Jones, barring a miracle, the communities most likely to experience water reliability problems will be the 700 small water systems in California outside the major groundwater basins of the Central Valley.

Most of these are clustered along the northern California coastline and the eastern Sierra Nevada (see map at the bottom of the article).

Jones’ summary of the current drought situation is that “it is not looking good for our water supplies for this summer.”

She said the only hope is for another “March Miracle[8],” as the four weeks of rain were called in 1991 after five years of drought.

Grace Chan[9], Resource and Planning Manager for the Metropolitan Water District of Southern California, reported it had 1.2 million acre-feet of water in storage. That’s is enough for about 7 million people in wet years and about 10 million people during dry years.

Chan said 136 football fields of water one foot high[10] had been conserved in Southern California due to MWD’s commercial turf removal program.  Although this represented only 0.003 percent of MWD’s 4 million acre-feet average water demand[11], Chan said the program was mainly for a “market transformation” for long-term change.

She concurred that only a 1991-style “March Miracle” could alleviate the drought adequately.

Eric Oppenheimer[12], Division Chief of the Office of Research, Planning and Performance for the State Water Resources Control Board, said it was likely it would renew emergency drought regulations that expire in April. Oppenheimer said the strongest comments received by the SCRCB to the current drought emergency regulations were:

Oppenheimer indicated Southern California residents are more likely to see even further curtailments to the number of days that outdoor watering is permitted.

Finally, a new sort of water activist spoke during the comments period of the workshop, advocating greater water supplies rather than mere conservation. 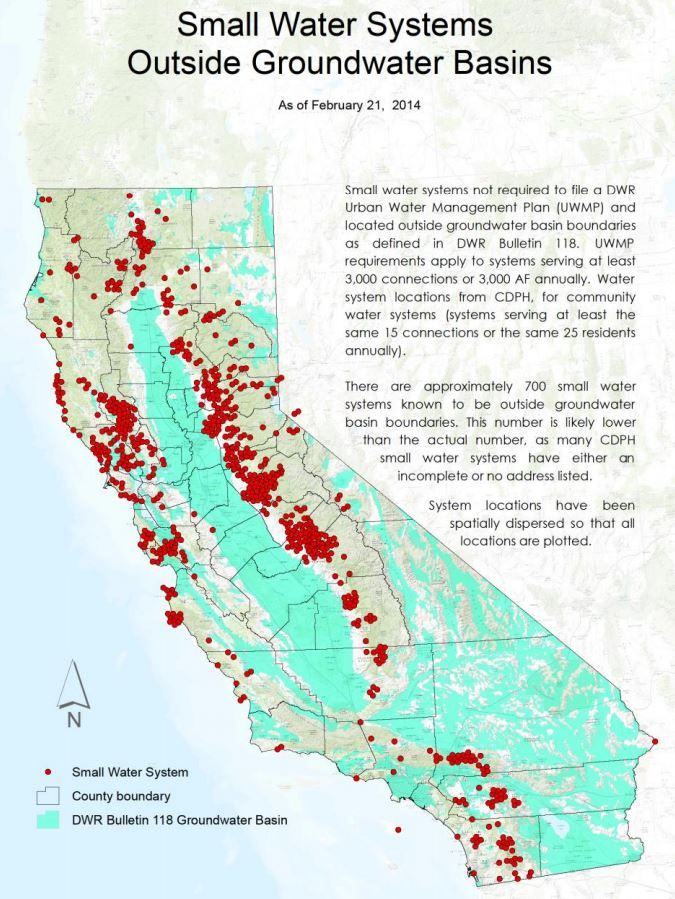