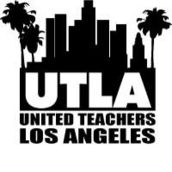 A third key demand by UTLA hasn’t gotten as much attention, and it seems to be one the school district could never accept. The union wants LAUSD officials to adopt a vague teacher-evaluation process and to use 2011-12 standards in evaluating teacher performance for the current school year. The UTLA’s proposal can be seen here[2].

But as a Los Angeles Superior Court’s 2012 ruling in the Doe v. Deasy case made clear, LAUSD’s teacher evaluation methods used in 2011-12 and before then violated a plainly written 1971 state law, the Stull Act. Its key provision requires that student progress be considered in teacher evaluations.

Judge James C. Chalfant is unlikely to be happy with this development. In his 2012 ruling, he noted that district leaders’ testimony in defense of their policies actually confirmed the violation of state law.

UTLA believes, with good evidence, that Deasy wanted LAUSD to lose the lawsuit because of his frustration over teacher reviews he considered inadequate. Its members played a key role[3] in his recent exit as superintendent.

The EdVoice reform group filed the lawsuit against LAUSD on behalf of several students it argued were being harmed by the failure to include pupil progress in teacher performance reviews.

Reformers hoped the Doe vs. Deasy win would have a ripple effect around the state, with districts updating teacher evaluation policies.

However, EdVoice issued a report[4] in January that found few school districts around the state properly complied with the Stull Act. Key findings:

• The majority of districts do not formally assess whether or not a student is actually learning when considering the job performance of that student’s teacher.

• The San Ramon Valley and Upland Unified School Districts are in violation of the law by explicitly prohibiting the use of mandatory measures of pupil progress.

• Overall, 86.5% of evaluations did not include a connection to pupil progress in their comments. Even in the best district, only 36% of district’s teachers had an evaluation that included any mention of pupil progress.

• In one district, 100% of teachers received a rating of “meets standards”; however, the overwhelming majority of actual evaluations provided no evidence that students in the teacher’s classroom made any progress in reaching grade-level expectations.