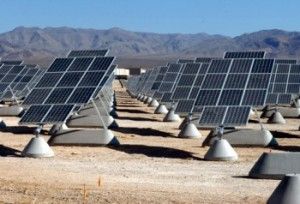 One theme CalWatchdog.com has covered is how solar power can cause problems to the state’s existing electricity grid. An investigation [1]a year ago found:

An emerging problem with California’s new green power grid is the need to ramp up enough conventional power each day because of two events:

2) When the mostly nighttime wind power turbines aren’t spinning enough yet to take over.

Now this is happening. Utility Dive[2] just ran a story with the headline: “SDG&E: If you’re not prepared for the change, it’s too late.”

Sub-headline: “Sunny San Diego may be the perfect place for solar, but solar adoption is causing serious problems on the grid.”

The issues caused by rooftop solar are some of the biggest challenges that SDG&E faces today, James Avery[3], senior vice president of power supply, told Utility Dive in an interview at SDG&E’s headquarters outside of downtown San Diego.

“There’s this interesting situation where people have a perception of, ‘I’m putting solar on my roof, I’m doing something that’s good,’ Avery said. ‘Yet at the same time, they don’t realize that they’re actually creating burdens on the system that everyone else has to pay for.’”

The problem, as SDG&E would have it, is that the adoption of solar makes the electricity system harder to run, but solar customers pay less for it.

Given that Gov. Jerry Brown is seeking to make California electricity production 50 percent renewable by 2030, these types of difficulties likely will persist.