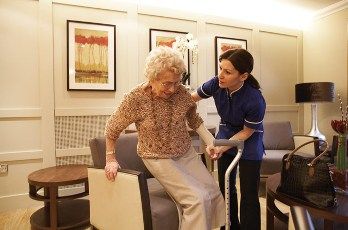 State Auditor Elaine Howle on Tuesday issued another scathing audit[1] of the California Department of Public Health, declaring that it is doing a worse job than ever in responding to specific concerns about its struggling programs.

“Public Health remains a high‑risk agency due to weaknesses in program administration and because it has been slow to implement recommendations. In fact, its unresolved recommendations more than one year old have increased from 23 to 33 since our last high-risk report in 2013. More than half of these recommendations have a direct impact on public health and safety and, if not implemented, could adversely affect the state,” Howle wrote in a terse four-page letter to Gov. Jerry Brown, Assembly Speaker Toni Atkins and Senate President Kevin de Leon.

Twelve of the deficiencies have been cited in annual audits since 2008 without ever being adequately addressed.

Howle’s biggest concern is the Public Health department’s failure to address severe problems with long-term health care facilities. She said the department is not coming close to meeting its statutory responsibilities in investigating individual health-care workers accused of incompetence, wrongdoing or dangerous behavior and facilities providing substandard care. As of last April, 11,000 complaints had yet to be processed.

“DPH needs to act to eliminate its deficiencies, and request the necessary resources from the Legislature to perform its statutorily required duties,” said Dr. Richard Pan, a pediatrician who serves as a Democratic state senator for a Sacramento district, in a media statement.

The critical audit comes after a November series[2] in the Sacramento Bee found chronic problems at nursing homes and a failure of state oversight. That series and previous critical state watchdog reports led Public Health Director Ron Chapman to announce his resignation. On Feb. 11, the department confirmed that Kathleen Billingsley, the department’s chief deputy director of policy and programs, would serve her last day on Feb. 27. Replacements have not been announced.

The California Advocates for Nursing Home Reform had called for Chapman’s and Billingsley’s outster. A group spokeswoman told the Sacramento Bee[3] last month that the leaders of the department “appear immune to accountability.”

The Fresno Bee noted last year that nursing home regulation has been a state problem throughout this century:

“More than a decade ago, Gov. Gray Davis signed legislation that raised fines. It worked for a time.

The same opinion piece noted why this issue is important and will keep growing in importance: