Love for CA rooted in climate, not politics 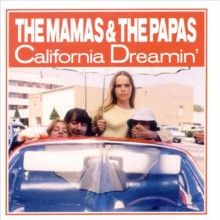 In polling conducted by USC Dornsife and the Los Angeles Times, respondents confirmed some eye-opening facts about California’s appeal to its own residents — such as the primary importance of its largely snow-free climate. Although good weather has long been known as a point of pride among West Coasters, the continued economic uncertainty nibbling at Californians cast their appreciativeness in a darker, more politically interesting light.

The poll revealed[1] Californians like their climate far better than their fellow Golden Staters or their job prospects. While over 70 percent expressed a preference for their home state over any other, 69 percent attributed their continued residence to the weather.

As the LA Weekly observed[2], that struck a sharp, unflattering contrast to the 18 percent who credited “family, friends and the people” of their state, or the 12 percent who said their “employment and earnings potential” kept them sticking around.

Perhaps even more remarkably, given California’s stereotype as a culturally and politically deep blue bastion, a scant 17 percent associated their decision to stay in-state with its “progressive atmosphere.” Despite a virtually unbroken string of legislative victories and dominance in the state’s congressional delegation, the poll suggested, Democrats have failed to produce political and economic outcomes that alone appeal enough to most of their voters to stop them from picking up stakes.

Indeed, according to the poll, some 25 percent of respondents admitted they were more likely than in the past to do just that — blaming cost of living, employment conditions, taxes and business climate, and government and politicians above all. All told, a whopping 42 percent said the next generation of Californians would find it worse off than today’s generations.

Some analysts who examine how Californians vote with their feet raised concerns the USC/Times poll appeared to reinforce. In a recent study, Carson Bruno, a research fellow at the Hoover Institution, noted that California’s 0.9 percent population growth from July 2013 to July 2014 obscured the thinning-out of a specific and important demographic. Young middle-class professionals, he explained[3], were the most likely group to leave the state.

That exacerbated just the kind of economic trends that respondents in the USC/Times poll identified among their biggest reasons to relocate.

Californians’ difficulty in getting or staying ahead has been shown to correlate with another potentially problematic demographic trend — population stagnation. Over a period of 15 years, Bruno determined:

“California’s natural increases have fallen by over 18 percent, a direct result of the birth to death ratio falling over 13 percent to just two births for every death.

“And the shift has accelerated more recently. Since 2008-2009, births have fallen by an annual average of 2.1 percent and deaths have risen by an annual average of 1.2 percent; both rates are over twice as fast as the 1999-2000 to 2007-2008 period. This suggests that despite natural increases accounting for a larger share of California’s population growth (thanks to falling net migration), it is itself trending in the wrong direction.”

In other words, despite a massive budget and a world-class quality of climatological life, California appeared set to rely increasingly on immigration in order to drive economic and population growth. For a state where productivity, opportunity and economic inequality have dominated residents’ concerns, that prospect could sour them even more on their vision of the future.

As CalWatchdog.com previously observed[4], the USC/Times respondents strongly affirmed their support for both Gov. Jerry Brown and for presumptive presidential candidate Hillary Clinton.

Brown’s 26 percent unfavorable rating came in at less than half of Arnold Schwarzenegger’s at the close of his term in office, when 75 percent viewed him negatively.