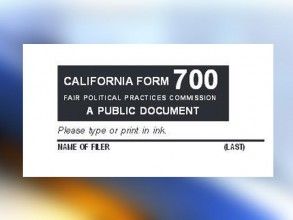 Richard Pan[3], a physician, took in just over $2,800 in gifts and travel payments, including a $440 outing at a San Francisco Giants baseball game, compliments of the Pacific Gas and Electric Co. Pan is now a Democratic state senator representing a Sacramento district.

And Jeff Stone[4], whose business, Innovative Compounding Pharmacy, is worth over $1 million, took 25 pages to document his property holdings, including a number of manufactured home rentals. The Riverside County Republican, too, is part of the state Senate’s freshman class.

Their financial information is part of the new filings of statements of economic interest for 2014, which went online Tuesday[5] and are available for public perusal.

It’s the first filing for the freshman class of both the Assembly[6] and the Senate[7] — and for the public, it’s the first time to get a glimpse of their wealth as well as their perks.

Some got off to a quick start. Ling-Ling Chang[8], a new Republican assemblywoman from Chino Hills, declared $2,433 in travel payments over four days in December. In that period, she participated in an education symposium for the California Charter Schools Association for $1,258 and a policy summit for TechNet[9], a group that lobbies for tech giants with a hub in Los Altos, for which she claimed $1,175.

At the same TechNet event, freshman Assemblyman Bill Dodd,[10] a Napa County Democrat, received $340. Both Chang and Dodd noted the money was for speech/panel participation.

Some like gifts in keeping with their interests. State Sen. Bob Hertzberg[11], a Los Angeles Democrat referred to as a “deal-making, cigar-smoking” guy in a 2004 L.A. Times profile[12], disclosed $765 in gifts involving cigars.

Hertzberg, a former speaker of the Assembly, is back in Sacramento after spending 13 years in the private sector.

Some of the financial disclosures are on the quirky side: Kansen Chu[13], a San Jose Democrat Assembly member, holds a financial interest of between $10,000 and $100,000 in NeuroSky[14], a company that sells a product that claims to use electrodes on your forehead to interpret brainwave electricity – and, yes, to read your mind.

Like most states, California requires annual disclosure of gifts as well as income and property interests. They are submitted to the state’s Fair Political Practices Commission, or FPPC, which also polices alleged violations of the state’s campaign laws.

Lawmakers with a history of having hands slapped

The FPPC sends warnings to lawmakers who have violated the rules in the form of a public letter. And some taking new offices have already been warned of potential malfeasance.

Jeff Stone received a warning in 2010[15] about a 2009 vote when he was a supervisor in Riverside County, in which he “may” have violated conflict of interest provisions by awarding funds to a nonprofit that stood to benefit him.

“However, we have determined that an enforcement action for a violation is not warranted, because the funds awarded were restricted and could not be used for administrative costs of your source of income,” the note from the commission stated.

Pan has also received a warning about political behavior[16] when he allegedly received services worth over $500 from a lobbyist who hosted a fundraiser for him in 2012.

Much is made of the staggering wealth of members of Congress[17], where California Sen. Dianne Feinstein is among the richest senators[18] and Rep. Darrell Issa, R-Vista, is noted as the wealthiest among U.S. representatives.[19]

At the state legislator level, wealth is not so easily tracked in California. Filers must note holdings in both real estate and stock ownership, which can indicate in increase in wealth.

State Attorney General Kamala Harris in her filing for her final year[21] in 2010 as district attorney in San Francisco reported no personal stock holdings. It was her last year before taking her current office and she received $1,869 in gifts, mostly flowers as a departure present.

Book royalties are usually paid on a semi-annual or quarterly basis.

Newsom likes gifts; Harris, not so much

This year[24], Harris, the leading Democratic nominee in the race to replace retiring U.S. Sen. Barbara Boxer, has more holdings to declare due to her marriage in August to fellow attorney Douglas Emhoff.

Harris’ filing shows holdings in Comcast, Costco, Home Depot, Nike, Verizon and Visa, which she notes were held in Emhoff’s IRA and are held separately. Harris, as the state’s chief law enforcement officer, could potentially oversee activity involving some of those companies.

Her gifts this time around are more modest: just one receipt of flowers, from Fox Entertainment, declared at $101.

In 2010[25], Newsom’s last year as mayor of San Francisco, he declared $3,512 in gifts, including tickets to the opera, symphony, sporting events and Cirque du Soleil.

Last year, Newsom, who declared in January[26] that he would not run for Senate, reported $3,781 that again included tickets to sporting events, a crystal trophy and a Christofle tray.