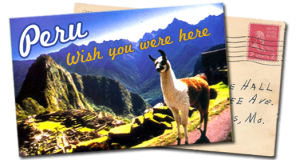 State lawmakers and constitutional officers accepted hundreds of thousands of dollars in international travel, fine wines, rounds of golf and expensive meals in 2014, according to annual financial disclosure reports filed this week with state ethics officials.

Among the top gift recipients from last year was Senate President Pro Tem Kevin de Leon[1], D-Los Angeles, who accepted $15,623 in free perks. De Leon’s total was boosted by a $9,759 trip to Peru in December paid for by the Climate Registry[2], a government-sponsored nonprofit organization that tracks greenhouse gas emissions.

Other state legislative leaders accepted tens of thousands of dollars in gifts. According to the Los Angeles Times’ review of disclosure reports[3], “Assembly Republican leader Kristin Olsen of Modesto reported $13,577 in gifts, led by $5,723 in travel expenses paid for by the California Foundation on the Environment and Economy for a study trip to Canada, and a $2,914 trip to Hawaii for a conference paid for by the nonprofit Independent Voter Project.”

Last year, state law restricted state officials to $440 in gifts from each source[4].

But not all lawmakers were looking to supplement their government salaries with perks from special interests. For the second straight year, Assemblyman Mike Gatto[5], D-Los Angeles, led a small group of legislators who shunned extravagant gifts[6], declined once-in-a-lifetime trips around the world and went above-and-beyond the legal requirements for financial disclosure.

What set Gatto apart from his colleagues? For starters, his form included additional footnotes to explain discrepancies between this year’s and last year’s report. In 2013, Gatto reported several stocks that are missing from this year’s report. However, a helpful footnote explained the stocks had dropped below the reportable threshold in the last year.

State Sen. Jim Beall, D-San Jose, once again shunned gifts from special interest groups[7] and corporations that lobby the Legislature. He reported a few thousand dollars in life insurance stock shares and a handful of gifts from the California Democratic Party. Like Gatto, Beall went out of his way to disclose gifts, such as a $117.83 dinner for which he later reimbursed de Leon. Since the reimbursement check hadn’t cleared, Beall reported the dinner anyway.

Gatto and Beall were joined this year by a few other California politicians that took the state’s disclosure requirements to heart. State Controller Betty Yee filed her report a month early[8] and included a number of gifts valued below the reporting requirement.

The California Fair Political Practices Commission only requires gifts valued at $50 or more to be reported. Nevertheless, Yee included various food and beverage gifts, including $14 for a commemorative Coca-Cola bottle.

Assemblyman Matt Harper, R-Huntington Beach, reported a long list of gifts[9] from Orange County politicos on January 11, the date of his wedding. According to the state’s disclosure guidelines[10], wedding gifts are not subject to the $440 gift limit, but half of the value is reportable.

Lawmakers: Side jobs and major businesses

California’s Legislature may be full-time, but that hasn’t stopped a few lawmakers from running side businesses.

Assemblyman Katcho Achadjian[11], who reported no gifts on his 2015 financial disclosure report, disclosed stock in Walker R.R. Associates valued between $100,000 and $1 million. He also serves as the general partner of Katch-Go Petroleum, a partnership valued over $1 million with more than $100,000 per year in gross income. Those profits are from several Central Coast service stations.

By far the most active stock trader was Assembly member Jacqui Irwin[14], D-Thousand Oaks, who listed 75 stock investments on her annual disclosure form. Not all the stock purchases were retained for the entire year.

The same day, Assemblyman Adam Gray, D-Merced, reported golf[18] from the same entities valued at $440 each.

According to the Fair Political Practices Commission[20], parking is considered a travel payment that is required to be disclosed, although it is not subject to the gift limit. In 2010, half a dozen state lawmakers were fined[21] for failing to disclose gifts, including $100 worth of free parking from the city of Los Angeles.