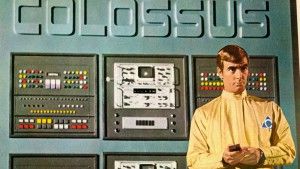 Spurred by University of California President Janet Napolitano, the school’s Board of Regents last November voted [1]for 28 percent tuition hikes over five years.

But today, the Sacramento Bee reported [2]on the school’s new Working Smarter computer system, which was supposed cost $170 million, but save $100 million over four years by replacing an older system. The Bee found instead it “has fallen at least two years behind schedule, its cost has ballooned to $220 million and counting, and the financial benefits of the overhaul are now unclear. The university is forging ahead, with no end date in sight.”

So that’s at least $50 million more than the original cost — so far. The current estimate [3]of what the school would need to get in extra funding from the state budget to avoid one year of tuition hikes — at least in the school budget the Regents want funded by the Legislature and governor — is $100 million for fiscal year 2015-16, which begins on July 1.

This also is a shock to a school system that actually invented the Internet. As UCLA’s website reported [4]in 2009:

Forty years ago, on Oct. 29, 1969, a UCLA team led by distinguished professor of computer science Leonard Kleinrock sent the very first message over the ARPANET, the computer network that later became known as the Internet. That event, recognized today as the moment the Internet was born, ushered in a technological revolution that has transformed communications, education, culture, business and entertainment across the globe, leading to dramatic changes in our social, political and economic lives. 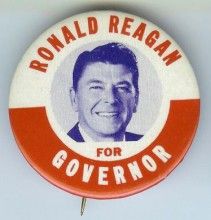 Back in 1969, fees [5]— what they called tuition back then — in the UC system were $320 per year. According to the U.S. Bureau of Labor Statistics’ online Consumer Price Index Inflation Calculator[6], inflation pushed that amount to $2,038 in today’s inflated dollars.

Currently, UC tuition for the 2015-16 school year is $14,000, or more than six times the inflation-adjusted 1969 figure — back when Ronald Reagan was governor. If Napolitano’s tuition hike goes into effect, that would become $17,920 — or more than eight times the Reagan-era amount.

(Note: The top image is from “Colossus: The Forbin Project[7],” from 1970, a year after the Internet actually was invented. Colossus is an Internet that takes over global national defense.)