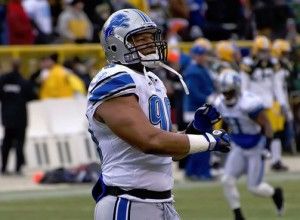 As the most talented NFL free agent this spring, former Detroit Lion Ndamukong Suh had his pick of teams. In trouble often for his on-field antics, such as stepping on Green Bay Packers quarterback Aaron Rogers’ ankle in the playoffs, he seemed a natural Oakland Raider “bad boy” in the line of such legends as John “Tooz” Matsuzak [1]and Lyle Alzado[2].

A league source told ESPN.com that Detroit’s offer to Suh was $17 million per year with $58 million guaranteed — a deal that would have still made Suh the highest-paid defensive player in the NFL.

Florida doesn’t have any state income tax, so in order for the Lions and the Raiders to match the after tax net earnings on a $60 million guarantee, the Lions would have had to pay Suh approximately $64.9 million and the Raiders would have had to pay $70.1 million, said sports tax specialist Robert Raiola, senior manager at the accounting firm O’Connor Davies in New York.

Suh has to pay federal income tax as well as some so-called “Jock Taxes” for the days he works in a city while playing. Suh’s net earnings on the assumption of $60 million guaranteed will come out to about $34.7 million, Raiola said.

Texas also doesn’t have a state income tax, benefiting Watt by staying there.

Both the Oakland Raiders and Lions pursued the defensive tackle. But Suh opted to sign with the Miami Dolphins. Whereas California would have grabbed 13.3 percent of Suh’s paycheck, and Michigan a more modest 4.25 percent[6], the Sunshine State leaves Suh’s money alone. Florida, like NFL host states Washington and Texas, levies no income tax.

It should be noted he won’t get all that money. Top athletes have to pay a large chunk to agents, accountants, investment advisers, lawyers and sometimes publicists. That’s why, if they’re not careful, even millionaires can go broke quickly when their playing days are over. So the money he saves by playing in a state without an income tax could pay off big in the long run.

Suh still will have to pay the “jock” tax whenever he plays in California against Oakland, San Francisco or San Diego — or whatever team or teams might end up in Los Angeles.

California has won major sports championships in recent years, including the Los Angeles Kings in hockey last year[7], the Los Angeles Lakers in basketball [8]in 2010 and the San Francisco Giants in baseball also last year.

But the state’s last Super Bowl victory was the San Francisco 49ers[9] way back in 1995.