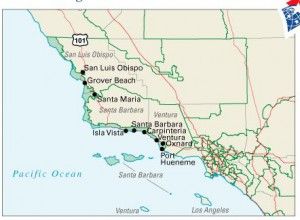 Thanks to the Arizona legislature, control of redistricting for U.S. congressional districts in California soon could pass[1] back to Sacramento.

A lawsuit brought by lawmakers in Phoenix, now before the U.S. Supreme Court, argues that only state legislatures have the right to draw — and redraw — congressional districts. According to the U.S. Constitution, redistricting must take place once every 10 years after the U.S. Census.

Like Californians, Arizonans passed a ballot measure vesting that power in the hands of independent citizens’ commissions. For Arizona, it was Proposition 106[2] in 2000.

As a result, the Supreme Court also has placed California’s Proposition 20[3] in the crosshairs. 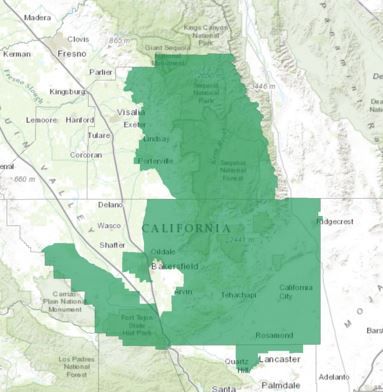 The first step in the Golden State was Proposition 11[4] in 2008, which voters passed. It put state legislative and Board of Equalization redistricting under the control of the California Citizens Redistricting Commission.

Two years later, with Prop. 20, voters extended[5] the reform to include congressional districts. Backed by then-Gov. Arnold Schwarzenegger and spearheaded by influential Republican reformer Charles Munger Jr., Prop. 20 passed over the strenuous opposition of California Democrats in the House of Representatives, including then-Speaker Nancy Pelosi of San Francisco.

The case now at hand, Arizona State Legislature v. Arizona Independent Redistricting Commission[6], could bring far-reaching consequences, not just in Arizona and California but around the country. Legislative district-drawing has come under fire for decades as an often corrupt and manipulative practice.

For even longer, critics have slammed lawmakers for self-servingly shaping “gerrymandered” districts — named for one of the early classic offenders, lampooned for possessing an outlandish shape reminiscent of a salamander.

In California, the most extreme gerrymander was for the 23rd Congressional District during the last decade. It’s the map at the top of this article. The map shows a thin district 200 miles long, hugging the coast.

After Prop. 20 was passed, the new 23rd Congressional District was given a more regular shape for the 2012 election, shown in the second map. The district currently is represented by Majority Leader Kevin McCarthy, R-Bakersfield.

In an ironic twist, the Arizona case was launched by the Republican-led Legislature there. But if Prop. 20 goes down as a result, California observers are unanimous that Golden State Republicans will be adversely affected.

Yet nationwide, some career liberals have weighed in strongly against the Arizona Legislature’s action. As Politico reported[7]:

“‘For entrenched political interests around the country, it would be the biggest New Year’s Eve of all,’ if the court backed the legislature, said Michael Waldman, president of the Brennan Center for Justice at New York University Law School, which has been following the case closely and filed a friend-of-the-court brief on behalf of the Arizona commission.”

In California, meanwhile, Republicans have begun to mobilize support of redistricting commissions. With Bill Mundell, Munger co-authored[8] an op-ed in the Sacramento Bee, breaking down the likely issues of constitutional interpretation at stake.

The case, he wrote:

“Rests on the Supreme Court’s interpretation of the Elections Clause of the U.S. Constitution, which states: ‘The times, places and manner of holding elections for senators and representatives, shall be prescribed in each state by the legislature thereof; but the Congress may at any time by law make or alter such regulations.’

“The Arizona Legislature argues that the word ‘legislature’ must mean the members of its two chambers voting as a body. But the dictionaries of the era defined legislature as ‘the power that makes laws.’ Hence the case will likely turn on the Supreme Court’s conclusion about the intent of the Framers in 1787 and on how political thinking in that remarkable era conceptualized the structure of government.”

Former Rep. David Dreier has filed an amicus brief in the Arizona case with Munger, former California governors and the California Chamber of Commerce. Dreier took[9] to the Orange County Register to press the issue. “California’s redistricting commission has flaws,” he conceded, “but they can be addressed before the next go-round in 2020.”

However, he maintained, Prop. 20’s constitutionality was not in question:

“An adverse court ruling would deprive the states of the power to structure their own government in the way they choose, and would sentence California to a return to the days of legislative gerrymandering. We’ve already seen that movie.”

The case for citizen commissions

Corruption has not been the only argument against gerrymandering. Part of the popular support for independent commissions has come from the notion that both major political parties have a mutual interest in creating “safe” seats, drawing districts which are certain, thanks to their forced shape, to include voters that will reliably return to office members of just one party.

Conceivably, this could lead to increased political polarization, as the parties run increasingly “extreme” or ideologically “pure” candidates that can win in safe districts, but not in competitive ones. (A similar logic led Californians to embrace the “jungle” primary system, also called the Top Two system, with Proposition 14[10] in 2010.)

Some scholars, however, have recently called that argument into question. In an analysis, Princeton Professor Nolan McCarty showed[11] redrawing districts to avoid gerrymandering would not significantly reduce polarization in Congress.

Democrats and Republicans, he claimed, contributed to polarization mostly by the way they voted when they occupied relatively “unsafe” districts. McCarty even argued that doing away with gerrymandering would decrease diversity of representation, harming not only ethnic minorities but ideological ones as well.

Still, McCarty emphasized, leaving redistricting in the hands of legislators themselves “is an invitation to overt corruption. A key to any successful democracy is a widespread belief in the fairness and impartiality of elections.”

Although the Arizona case may have some California Republicans in political panic mode, their reliance on accepted principles of democratic governance has so far gone unquestioned.