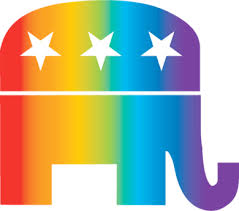 [1]California’s gay Republicans, after four decades at the margins, finally have won recognition from their party.

At this month’s state GOP convention in Sacramento, the California Republican Party approved the charter of the Log Cabin Republicans of California by an 861-293 vote[2], making it an officially recognized party organization. Much of the attention following the vote has focused on the political consequences: How the chartered club can help with the party’s re-branding and outreach to the state’s gay and lesbian community.

“This is about working together to win elections in California,” John Musella, the club’s incoming chairman, said in a recent press release[3]. “Being officially recognized sends a strong signal that the Republicans’ ‘Big Tent’ has room for everyone. Our chartering in California should serve as an example of how every Republican organization can stand proud and work together.”

The political impact is significant, but that’s hardly the most important part of the story. In an era when pundits describe politics as hopelessly divided, a group of outcasts succeeded in changing the hearts and minds of their adversaries. The Log Cabin Republicans didn’t just win a charter — they won a major argument in the culture wars in California.

“Seventy-five percent of the body — 75 percent — overwhelmingly affirmed our place in the party,” said Charles Moran[4], past president of the Log Cabin Republicans of California. “The Republican Party has moved away from fighting those ideological battles and is now focused on winning elections.”

Gays once “the ultimate enemy”

The party has come a long way since those past “ideological battles.” The state party once was led by such Log Cabin opponents as Rep. Bill Dannemeyer, Rep. Bob Dornan and the Rev. Lou Sheldon. Only two decades ago, any association with the gay club was considered toxic in a GOP primary. It’s been 15 years since moderate Republicans joined conservatives in campaigning for Proposition 22[5], the state’s 2000 defense of marriage initiative that was passed by 61 percent of voters.

And it’s only been seven years since Proposition 8[6], which also banned same-sex marriage, was passed by 52 percent of state voters.

[7]“In the 1980s, I was afraid to walk around the state convention alone,” Frank Ricchiazzi, a longtime Log Cabin Republican leader, told the L.A. Times in 2012[8]. “I could see the hatred in the eyes of some of those people.”

Back in the late 1970s, when gay Republicans began to organize, they faced off against GOP Assemblyman John Briggs, who had proposed a 1978 initiative to ban gays and lesbians from teaching in public schools. Proposition 8[9] lost, getting 42 percent of the vote.

“I assume most of them are seducing young boys in toilets,” the conservative Orange County lawmaker said in defense of his Briggs Amendment, according to Gustavo Arellano’s book, “Orange County: A Personal History[10].” San Francisco, according to Briggs, was nothing more than “the moral garbage dump of homosexuality in this country.”

Although the measure failed, thanks in part to opposition from Ronald Reagan[11], it still didn’t lessen the rhetoric from some California Republicans.

In the 1980s, Congressman Bill Dannemeyer led the charge with his work, “Shadow in the Land: Homosexuality in America.” He thought [12]“AIDS was God’s way of punishing gays” and described gays and lesbians as “the ultimate enemy.” According to the Southern Poverty Law Center[13], Dannemeyer believed gays would “plunge our people, and indeed the entire West, into a dark night of the soul that could last hundreds of years.”

In the 1990s, the Rev. Lou Sheldon, leader of the Traditional Values Coalition, was at the height of his power. He helped elect Republicans by distributing 4 million voter guides[14] to California churches.  Sheldon routinely cited the threat of “homosexuals” in his literature[15] and held conferences to mobilize like-minded conservatives. A 1991 symposium at the Disneyland Hotel drew spirited opposition from gay and lesbian activists[16], five of whom were arrested for disrupting the event.

“Rev. Lou is a friend,” Fong said of the donation[17], when it was unearthed for the general election against incumbent Democratic U.S. Sen. Barbara Boxer. “We were working on the Defense of Marriage Act initiative that he was contemplating. It is an act that was supported in principle by President Clinton. I support the defense of a traditional marriage.”

The campaign was managed by GOP political consultant Rob Stutzman. He told columnist Debra Saunders[20] polygamy might be next because “there’s a logical extension to it … if you accept the premise that marriage should be whatever relationships people want to enter into.”

Prop. 22 was endorsed by U.S. Sen. John McCain, R-Ariz., who came in second that year for his party’s presidential nomination to future President George W. Bush. In 2008, McCain garnered his party’s presidential nod, but lost to Democrat Barack Obama. Both McCain and Obama opposed same-sex marriage; in 2012, Obama changed his position and backed it.

“I now understand why they call themselves the Log Cabin Republicans: Their role model is Uncle Tom,” openly gay Rep. Barney Frank, D-Mass., wrote[22] in 2012; he left office in 2013. “Twenty years now I’ve been hearing why the Log Cabins are gonna make the Republicans better and they’ve been getting worse.”

Frank was referring to “Uncle Tom’s Cabin[23],” the 1852 novel that helped spark the Civil War; the title character, a slave, is excessively subservient to his white masters.

Yet this month, instead of prominent party leaders using their convention speeches to attack the “homosexual lifestyle,” they embraced the state’s gay Republicans.

“They have been solid soldiers in their fight against leftist tyranny in California,” said California’s Republican National Committeeman Shawn Steel[24]. “I would welcome them in our organization. … I am proud to have them in the California Republican Party.”