Harvard University is facing a well-financed lawsuit over its admissions practices, with plaintiffs arguing that the nation’s oldest, richest and most admired college enforces an anti-Asian bias every bit as real as the anti-Jewish bias[1] seen in Cambridge and at other Ivy League schools in the first half of the 20th century.

The lawsuit, filed in Boston federal court[2], was prompted by a U.S. Supreme Court ruling in 2013 in a case involving the University of Texas’ admissions practices. The court didn’t invalidate the Texas system, but it sent the case back to lower courts with an admonition that race had to truly be only one of several factors in weighing close calls in admission decisions — not the crucial factor. 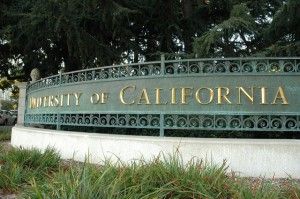 The Harvard lawsuit, launched by the Project on Fair Representation and the Students for Fair Admissions, targets the same practice that has drawn fire at UCLA and UC Berkeley: a “holistic” evaluation of applicants’ merits that considers how much they have had to overcome and their personal qualities, among other factors.

In his recent book, “Cheating: An Insider’s Report on the Use of Race in Admissions at UCLA[3],” UCLA political science professor Tim Groseclose found black students were three times as likely as white students and twice as likely as Asian students to gain admission under “holistic” grounds. Proposition 209 sponsor Ward Connerly, a former UC regent, has long charged[4] that UCLA, UC Berkeley and other UC campuses manipulate admissions to get around the race-neutral requirement of his 1996 law.

The numbers[5] in the Harvard case seem to suggest that an Asian student quota exists. Over the past 20 years, Asian-Americans have comprised 20 percent of the freshman class with little variation.  As the Project on Fair Admissions — sponsor of the Harvard suit  — notes, over the past 20 years, the number of high-performing Asian-American high school students has doubled.

But Harvard’s freshman admissions suggest quotas for all races. In recent years, blacks have made up around 12 percent of freshmen, Latinos around 13 percent and whites and decline to state students a little more than half.

Asian-American state lawmakers seem satisfied with this status quo and strongly opposed Latino and African-American lawmakers’ interest in weakening Proposition 209 last year. But Groseclose’s research found an interesting fact[8] that could someday become a hot potato in California politics. “Holistic” admissions policies are supposed to weigh to a big degree on the disadvantages facing potential enrollees. Yet …

… race outweighs socioeconomic status, according to Groseclose. For instance, black applicants whose families had incomes exceeding $100,000 were about twice as likely to be accepted in round two [after holistic reviews] as Asian and white kids whose families make just $30,000 and had similar test scores, grades and essays.

While Harvard is a private institution, it receives tens of millions of dollars in federal funding with strings attached, making it vulnerable to lawsuits over admissions. Thus, virtually all U.S. universities are at risk of being sued over practices that appear discriminatory.

The Project on Fair Representation intends to sue other universities over what it sees as rigid racial quotas.

It’s interesting to note that incoming freshmen[9] at Yale are also 20 percent Asian-American, as are those at Princeton[10].

In the most recent numbers from Stanford[11], Asian-Americans made up 23 percent of the undergraduate student body.

The first case in which the U.S. Supreme Court weighed in on affirmative action in college admissions was the 1978 Bakke case, involving the University of California. More information on Bakke is here[12]. The court found affirmative action to be constitutional — but not the use of racial quotas.