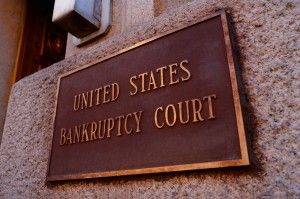 One theme CalWatchdog.com has covered over the years is that public pension programs are not sacrosanct. Although the general interpretation of the California Constitution is that the pensions must be paid — no matter what — if there’s no money, there’s no money.

As attorney Mark Cabaniss wrote [1]on this news site in Sept. 2012:

Now the safety of a government pension in California may be fading fast.

In his written opinion, U.S. Bankruptcy Court Judge Christopher M. Klein blasted CalPERS as “a bully” for weighing in on the proceeding to insist — wrongly — that the city had no choice but to pay workers their promised pensions.

Karol Denniston, a public finance lawyer at Squire Patton Boggs, said Klein’s ruling was “critical for every municipality in California.”

“Next time we see a Chapter 9 bankruptcy filing,” she said, “pensions will be up for negotiation just like every other creditor.”

The skyrocketing bill for pensions is a problem for cities across the state. Californians now owe nearly $200 billion for pensions promised to state and local government workers, according to an analysis by Adam Tatum, research director at California Common Sense, a nonprofit think tank.

The key event will be the next recession, when more may go bankrupt and face: a) eliminating key services, such as police and fire, that are the reason governments exist in the first place; b) raising taxes to unsustainable levels that drive out business and personal taxpayers; c) cutting pensions, despite what the California Constitution supposedly says; or d) some combination of the above.