CA officials can use private email 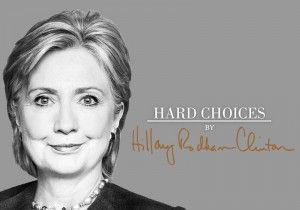 Hillary Clinton has made headlines in recent weeks for using private email for official U.S. government business when she was secretary of state. Federal law mandates that all such business be conduced on public email systems that are archived.

The latest[1]: “WASHINGTON (AP) — The chairman of a House committee investigating the deadly 2012 attacks in Benghazi formally requested Friday that Hillary Rodham Clinton turn over her email server for an independent review.”

However, California has no such law for its employees. As AP reported [2]in another story:

LOS ANGELES (AP) — California has no blanket policy restricting the use of personal email accounts to conduct government business, and it’s among about two dozen states that have no clear rules or precedent-setting cases addressing whether those communications are public records.

It quoted Peter Scheer, executive director of the First Amendment Coalition, who said reform proposals would gain “no traction because the legislators don’t want to give up the ability to hide from public-record requests … which the status quo allows them to do.”

It may require a statewide initiative for voters to rectify the situation.

Keeping such records is not just for historians to check the record. It’s to make sure government is transparent and open to scrutiny.