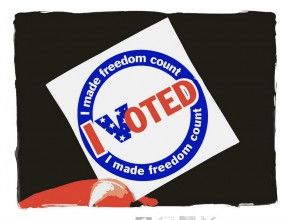 It could soon be harder to follow the money in California politics.

A state lawmaker wants to double the reporting threshold for political campaigns in California — allowing major donors to contribute more money and campaigns to spend more money before filing a disclosure report.

Assemblyman Richard Gordon[1], D-Menlo Park, believes it’s time to increase those disclosure limits. Assembly Bill 594[2] would require candidate and independent expenditure committees to file a disclosure report after spending $2,000 or more in a calendar year. The reporting threshold for major donors would increase from $10,000 to $20,000 or more.

Since his election to the state Assembly in 2010, Gordon has carved out a special niche in campaign finance legislation with bills to increase regulation and disclosure requirements. In 2012, Gordon authored Assembly Bill 481[3], which added new reporting requirements for independent expenditure and major donor committees. Last year, Gov. Jerry Brown signed Gordon’s bill, Assembly Bill 800[4], to give the Fair Political Practices Commission “the authority to conduct immediate audits when political campaigns are suspected of illegal activity and requires subcontractors and sub-vendors to disclose their donations.”

State-level political campaigns continue to be big budget blockbusters. According to the Sacramento Bee’s analysis of campaign finance[5] reports, “candidates and independent groups collectively spent at least $150 million on Assembly and Senate contests statewide over the two-year election cycle.”

Why would a Democratic politician with a record of authoring campaign finance laws seemingly aid money in politics? Like his previous campaign finance proposals, Gordon’s current legislation has support from the state’s campaign watchdog, which argued that low campaign spending limits reduce political participation.

In a memo obtained by the Los Angeles Times[6], Erin Peth, executive director of the FPPC, said that the current campaign finance rules “can be a barrier for those individuals who wish to participate, but who will not be raising or spending large amounts of money in connection with an election.” Peth also argued, “Committee qualification thresholds have not been updated since at least 1987 and the proposed increases in the bill are intended to adjust the thresholds with the rate of inflation.”

According to the Inflation Calculator[7] of the U.S. Bureau of Labor Statistics, when adjusted for the rising in the cost of living, $1,000 in 1987 is the equivalent of $2,066 today.

“While serving on the FEC from 2000 to 2005, I kept a file of letters from political amateurs caught in the maw of campaign-finance laws,” Bradley Smith, a law professor and former chairman of the Federal Election Commission, wrote in 2007[8]. “Many of these people had no lawyers; none had the least intent to corrupt any officeholder; and all thought that they were fulfilling their civic duty by their involvement in campaigns.”

A higher campaign reporting threshold also increases the chances that those amateurs turn pro. Aided by California’s Top Two primary[9], which was passed by state voters in 2010, unknown candidates have been able to exceed political expectations, even achieve remarkable upsets, with low-budget campaigns. With higher reporting levels, these candidates will be able to operate in the dark for longer without tipping off incumbents. 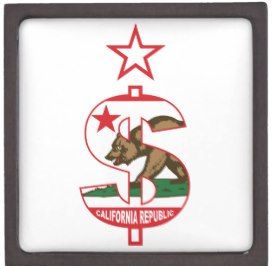 Last November, unknown community activist Patty Lopez failed to report any expenditures[10] in the primary campaign, despite spending a few thousands dollars. That failure to report resulted in a $400 fine[11] by the FPPC. In the general election, she went on to upset fellow Democrat, Asm. Raul Bocanegra.

“I made a few mistakes, and I paid the price for that,” Lopez said after the election[12]. “Most of the people on my team, we’re not in the political arena.”

Her victory is proof that low-budget long-shots have the potential to win. Although it’s unlikely that Bocanegra would have been intimidated by a few thousands dollars of campaign spending, some political observers believe the lack of campaign finance disclosure contributed to the perception that she wasn’t a serious threat[13].

Opportunity for political professionals to exploit

Such a scenario has already played out in this year’s special election for the 7th State Senate District. A Democrat-led political action committee, the Asian American Small Business PAC, spent $46,380 on behalf of Michaela Hertle[14], a Republican candidate who had dropped out of the race.

By backing the lone Republican candidate, the political action committee hoped to thwart moderate Democrat Steve Glazer, who had built his campaign strategy on appealing to Republicans and independent voters. Glazer ultimately advanced to the May run-off against fellow Democrat, Assemblywoman Susan Bonilla. But Hertle had an impact, garnering 15 percent[15] of the vote.