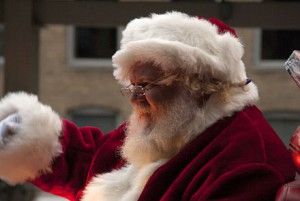 A bill requiring California businesses to provide double pay for employees working on Thanksgiving and Christmas recently passed the Assembly Labor and Employment Committee[1], despite concerns that it will further hurt the state’s business climate and may be unconstitutional.

Assemblywoman Lorena Gonzalez[2], D-San Diego, author of Assembly Bill 67[3], argued that it’s simply a matter of economic justice for workers and their families.

“The act seeks to guarantee that employees are fairly and justly compensated for undue hardships associated with working during time that is commonly spent with family on Thanksgiving and Christmas,” she said. “This past November and December millions of Americans sacrificed time with their family on these federally recognized holidays to work for retailers and food outlets like Walmart, Staples, Gap, Starbucks and much more.

“In many cases working shifts that creep into this family time has become mandatory, with threats of being fired if you even take a sick day, which forces workers to make an unfair choice between their economic livelihood and their family. … This is not an exchange for time spent with the family. But there is compensation for having to miss something that’s special. That’s why today as we see more and more stores, more and more retails outlets, more and more restaurants opening up on these days, we want to ensure that the workers that are forced to work on those day are compensated fairly.”

Several women testified about the hardships of working in retail. Julie Fisher works at Macy’s, which she said used to open at midnight on Thanksgiving, then opened at 8 p.m. and now opens at 4 p.m. “It’s an exhausting event,” she said. “And then you turn around and the next day is the Black Friday after Thanksgiving or the day after Christmas.”

Said a woman who has worked for Walmart for four years during which time she said she’s been on strike seven times, “People who work for Walmart, we are the working poor. We need as much help as we possibly can get.”

Gonzalez has a law degree and is the first female minority CEO for the San Diego and Imperial Counties Labor Council, AFL-CIO. Her testimony included the disparagement of free-market capitalism and chiding the California Chamber of Commerce[4] for opposing the bill on constitutional grounds.

Chamber representative Jennifer Barrera, who also has a law degree, told the committee, “We believe this is a violation of the First Amendment for a lot of business owners who do not recognize Christmas as a holiday, much less as a family holiday, where they will be mandated to either shut down their business or pay their employees double compensation.”

Barrera said that although Thanksgiving and Christmas are government-recognized holidays, private businesses are not required also to recognize those days as holidays. She also pointed out that the trend in state legislation has been toward secularizing religious-based holidays such as the once prevalent “blue laws” that forced businesses to close on Sundays.

“In 2004 New York struck down their blue law as unconstitutional,” she said. “And I quote, ‘In view of the acknowledgment that Sabbath laws are founded in religious beliefs, it’s time to declare all such laws unconstitutional. The substitution of secular concerns, such as protecting mom and pop from being overworked for their earlier concern that the religious nature of the day be observed, does not make the statute in question less reprehensible.’

“Similarly, here it is unconstitutional for the state to be dictating what day is a family day for business owners to recognize and either shut down or pay their employees double compensation.”

However, the 2004 New York case was decided by “a lower-court judge in Brooklyn,” the New York Times reported[5]. So it would have little precedential value in California.

Barrera also cited a 2007 Vanderbilt Law Review[6] article she said concludes the U.S. Supreme Court would deem blue laws to be unconstitutional if they were challenged in court. Those laws amount to state government “dictating to private-sector employers that you have to recognize a special holiday as a family day as aside from any other holiday that the state either recognizes or the federal government recognizes,” she said.

In addition to the constitutional question, she said the Chamber is opposed to AB67 because it:

Gonzalez prefaced her response to the constitutionality argument with a slap at the Chamber.

“I didn’t know that there was in fact, as the other side will often say, that there was a war on Christmas,” she said. “The difference is that it’s being waged by the Chamber of Commerce. So I want to very seriously take on what I think are their ludicrous claims that this in any way violates the First Amendment by way of the Establishment Clause[7].

“In its letter the Chamber quotes convenient lines from cases, yet ignores the Supreme Court’s generally relied upon test of the Establishment Clause first articulated in Lemon v. Kurtzman[8]. The application of the three-prong test from Lemon clearly shows that this law would not violate the Establishment Clause, as the legislation has the secular purpose of promoting the family and increasing pay.

Gonzalez also cited the County of Allegheny v. the ACLU[9], in which the Supreme Court struck down a crèche display but upheld a menorah display at a county courthouse. She quoted Justice Sandra Day O’Connor’s ruling that “as observed in this nation Christmas has a secular as well as religious dimension… [A]nd the celebration of Thanksgiving as a public holiday, despite its religious origins, is now generally understood as a celebration of patriotic values rather than particularly religious beliefs.”

Gonzalez concluded her response by admonishing the Chamber.

“I think there is no case law that suggests this would be violating our First Amendment rights,” she said. “I hope in the future the Chamber will limit its opposition to the merits of the bill, instead of attempting to elicit support based on erroneous readings of the law and misguided arguments about the separation of church and state.

“Or if they prefer to continue down that line of opposition, perhaps they should concede that we pay double time on every single federal holiday. I wouldn’t be opposed to that amendment if they would like to suggest it.”

At that point Barrera asked committee Chairman Roger Hernandez[10], D-West Covina, “May I respond to those comments since they were directed right at the Chamber of Commerce?”

Hernandez said, “I’m going to defer to my colleagues on that one since I have not given that opportunity on any other bill.”

One of his colleagues, Assemblyman Jim Patterson[11], R-Fresno, who had the floor and was in the midst of questioning Gonzalez, asked that Barrera be allowed to respond. “There is a request by the Chamber to clarify this,” he said. “I think that’s a reasonable request, and I would like the prerogative of asking the Chamber to respond.”

But Hernandez shot him down, saying, “I’m not going to give you that opportunity at this time.”

Earlier questioning by Assemblyman Matthew Harper[12], R-Huntington Beach, focused on how the legislation might hurt California businesses. “My understanding is Chief Executive Magazine[13] rated California as the 50th in rank in terms of being able to do business,” he said. “Do you think this would help or hurt our ranking in terms of our employers’ ability to do business in the state of California?”

Gonzalez responded, “I think there was a study that just said in fact we were the best place to do business. So, quite frankly, when you talk about doing business, we want to make sure that our middle and working class folks have expendable income and can actually spend the money in our small business and retail establishments. And this actually helps that.”

Gonzalez discussed her negative view of free-market capitalism when Harper pointed out that many businesses already pay extra for working on holidays as well as provide amenities such as holiday meals for employees.

“They just recognize under the free market that you really need to make sure people are compensated enough to show up,” he said. “Is your thinking that the free market doesn’t meet the ability for employers and employees to make that decision already?”

Gonzalez said, “Quite frankly, I don’t think we operate in a free market. If we want to take the NFL as an example, it’s a highly subsidized, so-called nonprofit where the owners are making millions of dollars. And I think they can pay their employees a reasonable wage. And we, unfortunately, have to require what that is.

“If left to its own devices in the free market, we would still have slavery, child labor … and no minimum wage. So no, I think we have very different ideological beliefs about how employers should be dealt with.”

Gonzalez elicited laughter in the chamber when, after Harper finished his questioning and Hernandez called on Patterson, she said with a smile, “Just keep it coming.”

Patterson asked whether her bill might create a slippery slope in which every religious group demands double pay for working on its holidays.

“It may or may not become an issue, Gonzalez said. “But I think we’ve picked the two most compelling holidays and times when traditionally as a country we have slowed down and spent time with our families. Whether or not we celebrate any religious tradition is irrelevant. … So I’m personally less concerned with the rest of the holidays. But I’m also not concerned if somebody in the future wanted to address premium pay for those holidays for hourly employees as well.”

The committee voted 5-2 to approve AB67. It will next be considered by the Assembly Appropriations Committee.