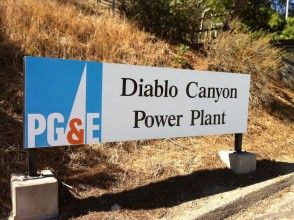 That’s the conclusion of an article in the March-April issue of Eureka[2], a new periodical by the Hoover Institution at Stanford University. The word Eureka, of course, is the state motto of California.

The article is titled “The Politics of Governor Brown’s Climate Change Proposals[3],” by Carson Bruno[4], a research fellow on California at Hoover. “In fact, in 2011, allowed renewables plus nuclear and large hydro-electric accounted for 53.1 percent of California’s in-state electricity generation, easily surpassing Brown’s new target,” he wrote.

Bruno clarified in an email to CalWatchdog.com that he only looked at in-state power generation, which included allowed renewables, nuclear and large hydro generation.

And the discrepancy with the official state tally of renewables as not even 33 percent so far is because of the state’s official definition of “allowed renewables.” According to Bruno, California does not include hydro and nuclear power as “allowed renewables” even though they are non-polluting. It also hides its reliance on “dirty” imported power from other states by categorizing it as “unspecified power.”

Bruno said that, if nuclear and hydro power are included, California exceeded the 50 percent green-power threshold in 2011 when the San Onofre Nuclear Power Plant was decommissioned and a substantial amount of green solar power mainly took its place.

Moreover, adding new hydro and nuclear power would be just as clean an alternative as less steady and more expensive solar, wind or geothermal power, according to Bruno. Wind power stops on calm days; and solar power stops at dusk.

Of course, building more hydro means more dams, which is opposed by environmentalists; and more nuclear power is close to impossible after the Fukushima accident[5] in Japan four years ago.

To fact check Bruno’s numbers, CalWatchdog.com conducted its own investigation into California’s mix of electricity sources since the enactment of AB32, the Global Warming Solutions Act of 2006[6]. Using its authority under AB32, in 2010 the California Air Resources Board mandated [7]33 percent renewables by 2020.

California not only does not consider hydroelectric and nuclear power as renewable but hides that the state still partly depends on imported coal power from other states that it has re-categorized as “unspecified power.” In 2013, California got 7.82 percent of its power from coal-fired power plants and 12.49 percent from murky “unspecified power,”[8] totaling 20.31 percent.

The California Energy Commission[9] uses this definition: “Unspecified Sources of Power generally include spot market purchases, wholesale power marketing, purchases from pools of electricity where the original source of fuel is undetermined, and null power.”

According to the CEC, “Null power refers to power that was originally renewable power but from which the renewable energy credits have been unbundled and sold separately. Null power is not attributable to any technology or fuel type.”

Renewable Energy Credits[10] are also known as Green Tags.  Instead of trading tons of carbon, REC’s trade kilowatt-hours of wholesale electricity from untrackable sources because electrons from coal and green power are all the same.

RECs are a way for municipal power departments and new municipal Community Choice[11] power buying cooperatives to “green wash”[12] their purchases of imported power from outside California. It is a way of allowing imported coal power, that technically doesn’t add to California’s air pollution, to count as “green” and “clean.”

Yet entirely clean nuclear and hydropower are not considered clean.

Conversely, when RECs are considered as fossil-fueled power instead of “greenwashed,” the proportion of California’s power from fossil fuel sources has shown no substantial reduction.

Finding the above numbers buried in the CEC’s database may be a Eureka moment. But learning that California hasn’t much reduced its proportion of fossil-fueled power after spending billions of dollars on green energy validates Bruno’s conclusion that California’s green energy policy is “not about climate change, it’s about politics.”