DWP employees paid up to three times that of private sector 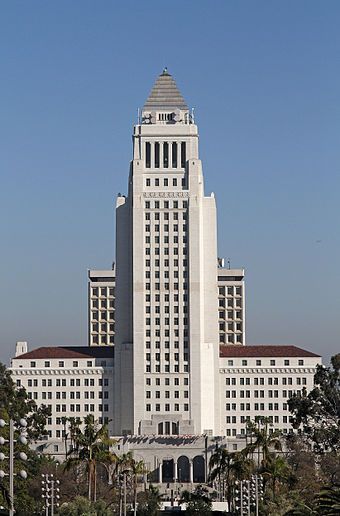 A new study [1]by the California Policy Center found that employees at the Los Angeles Department of Water and Power make up to nearly three times the pay of their private-sector equivalents:

“The largest premiums are found in generic jobs such as custodians, garage attendants, security officers, and the like. The average DWP security officer, for instance, makes 288 percent more than a non-DWP security officer working in the Los Angeles Metropolitan area. Overall, the weighted average wage premium for DWP employees performing generic jobs was 90 percent over their counterparts in the Los Angeles area. For all jobs, and including the value of benefits such as pensions and employer paid health insurance costs, the premium for DWP employees as estimated to be 155 percent higher – that is, 2.5 times as much – than for employees performing work with similar job descriptions in the Los Angeles area.

“Applying these premiums to the number of employees at the DWP, the total cost to rate-payers of the DWP paying above market wages is estimated to be $392.8 million a year.”

The result of the extra pay ends up being borne by ratepayers. As the Los Angeles Times reported[2]:

“Meanwhile, residents of Los Angeles face yet another rate hike, only a couple of years after an 11.1 percent increase in electricity rates. DWP officials have recently suggested[3] that they plan to seek recurring rate hikes of at least 2 percent per year beginning this year to fix infrastructure. But CityWatch is reporting[4] that Angelenos should expect rate hikes of 5 percent to 8 percent a year, for each of the next five years. Residents in January paid 57 percent more for electricity than the national average, according to the BLS[5].”

Here’s the Table from the study showing the pay discrepancies. 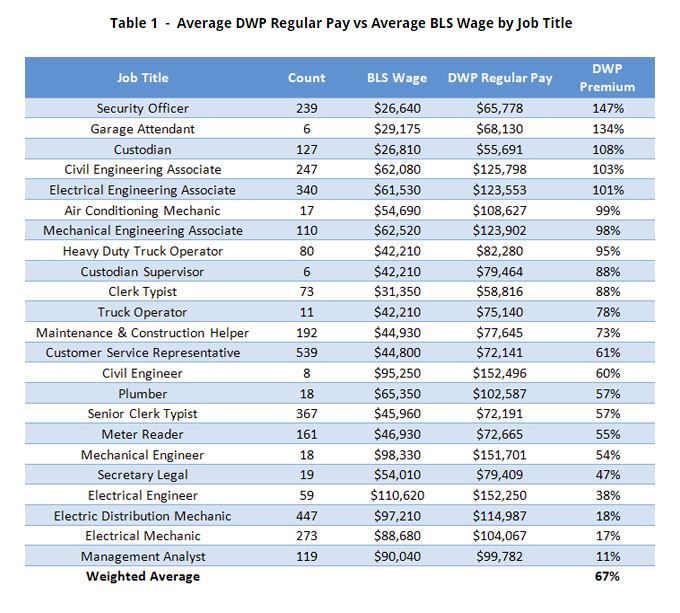