Fiorina for president? How did 2010 Senate bid work out? 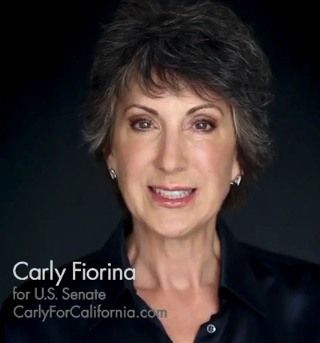 As the first woman CEO of a Fortune 20 company, and as a former Silicon Valley-based senior executive with Hewlett-Packard, AT&T and Lucent, Republican Carly Fiorina has major credibility as a potentially trailblazing female political candidate. That’s why her declaration of a 90 percent-plus chance that she is running for president is getting attention[1].

But one reason it may not be attracting even more buzz or financial support has to do with her failed 2010 California Senate race against incumbent Barbara Boxer, who is widely perceived as an ineffective hyperpartisan.

The Los Angeles Times’ editorial page shared many of Boxer’s ideological views, but it wouldn’t back her[2] in the 2010 Democratic primary when she was running against neophytes. And it wasn’t even the Times’ first snub. GOPer Matt Fong won the paper’s support in 1998, only to lose to Boxer by 10 percent.

A history of not voting

The conventional wisdom on why she lost focused on the damage done by reports that she barely voted most of her life. The fact that she was a genuine social conservative appeared to hurt her with young and independent voters.

Some pundits contended her business background may not have provided the boost Fiorina expected. This is from the Contra-Costa Times’ analysis:

There’s also the problem that the imperatives of a CEO and a politician are often at odds: Answering to stockholders is a lot different from answering to voters.

Fiorina arguably succeeded in streamlining Hewlett-Packard and making it more competitive with its peers. But that meant firing tens of thousands of workers and sending their jobs overseas — enormous baggage to carry in a political campaign. Boxer bludgeoned Fiorina on that issue.

Explanations are more plentiful than roses on Jan. 1, but the short answer is that California’s public employee unions play to win and they do. The secular tithe extracted from the paychecks of the states more than 350,000 government employees is expertly banked and deployed against any enemy, real or perceived, of the states public-sector bosses.

An L.A. Times analysis based on exit polls concluded a big problem for Fiorina was her inability to make inroads with Latino voters because of her perceived hard line on immigration issues.

California voters backed a measure that would award citizenship to those who complete college or serve in the military. By a 19-point margin, they endorsed an immigration reform plan that would allow citizenship for those who fulfill specific requirements like paying a fine.

In all cases, those views were held more strongly by Latino voters. They supported comprehensive reform by a 58 point margin. They also opposed, by a lopsided 58 percent to 35 percent, banning illegal immigrants from emergency room treatment or public schools. Among all voters, that question drew the narrowest result, with 49 percent opposing restrictions to 44 percent supporting them.

Fiorina’s interest in a presidential bid may have other aspects than just a hope to end up in the Oval Office. She may want to raise her profile to guarantee she is considered for a Cabinet post in case a better-funded, better-positioned Republican wins the presidency in 2016.