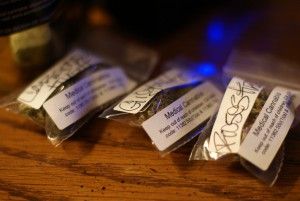 [1]Over the strenuous objections of some California lawmakers, the Department of Justice vowed[2] to continue prosecuting the medical marijuana industry in the Golden State.

Despite a recent bipartisan federal amendment de-funding the Department’s fight against medical marijuana, spokesman Patrick Rodenbush revealed[3] to the Los Angeles Times that “it did not believe the amendment applies to cases against individuals or organizations.”

“Consistent with the Department’s stated enforcement priorities, we don’t expect that the amendment will impact our ability to prosecute private individuals or private entities who are violating the Controlled Substances Act.”

Farr echoed the comments. “The Justice Department’s interpretation of the amendment defies logic,” he said, according[4] to the Huffington Post. “No reasonable person thinks prosecuting patients doesn’t interfere with a state’s medical marijuana laws. Lawyers can try to mince words but Congress was clear: Stop going after patients and dispensaries.”

The developments have heightened the controversy surrounding California’s efforts to gradually reform its marijuana laws to better reflect the reality of steadily increasing usage and rapidly changing mores. Despite growing[5] public support for legalization and taxation, policymakers have faced sharp challenges in reconciling the pre-existing pot industry with the intended uniformity that regulation would bring.

Marijuana farming alone has raised the specter of awkward tradeoffs for liberal state Democrats, many of whom support both pot legalization and increased environmental regulation. As Jefferson Public Radio most recently observed[6], California pot farming has adversely affected both the state’s drought and its wildlife. “What we found is that in four of the streams that had marijuana cultivation, those four streams went dry. And the only stream that we monitored that did not go dry was free of marijuana cultivation,” said Scott Bauer, a California Fish and Wildlife biologist who lead-authored a new study showing the impact of pot on the “Emerald Triangle” of pot production in Humboldt and Mendocino counties.

Although the lion’s share of water consumption continued to run through the state’s large agricultural companies, officials have recognized that California produce holds a far more important and legitimate place in the state and national economy than California marijuana.

In the hopes of squaring the policy circle on related issues, Gov. Jerry Brown’s administration formed a Blue Ribbon Commission on Marijuana Policy, placing Lt. Gov. Gavin Newsom at the head. At the end of March, the commission released[7] its first progress report, sketching out an effort to balance safety and reform across areas including children, taxes and regulations.

According to the Huffington Post, the commission took an uncertain approach to taxes — one that Lt. Gov. Newsom reiterated[8] in an interview. Pot taxes, the report noted, “can result in greater state and local revenue, increasing the revenue available to do the work of government,” whereas “with a high tax, both sellers and buyers may opt out of the legal market in order to avoid paying the tax and continue to access marijuana through the illicit market.”

The perils of pot taxation have been on display recently in Colorado. There, revenue has been so high that, by law, a cut of the income must be returned to residents themselves. But, as High Times reported[9], confusion has set in statewide. Legislators haven’t figured out whether the money should go to pot purchasers or all residents. Republicans, typically in favor of rebates, have wound up opposed. Even pot producers, who supported the taxes to begin with, haven’t decided how to come down on the giveback. California lawmakers haven’t painted themselves into the same regulatory corner as Coloradans. But with federal pressure ongoing, Californians have begun to recognize that they’ll be on their own in determining how to liberalize pot laws without adverse consequences.